New Arrivals from Digit and Pan

Before our trip to London in October, I pondered what I would find in the way of used SF Penguins, and the answer was not much.

I was also hoping to find some books from the UK publishers Badger Books and Digit Books. Before I left I found some titles from Digit on ABE and wondered whether to buy them or hold off in the hopes of finding cheaper copies in London. I went ahead and bought them, which was good because I found none in London.

As a Canadian I am always on the lookout for a Van Vogt cover I have not seen. This cover for Mission to The Stars by Ed Valigurskyion (Digit 1962) was also used for an Ace edition of Clifford D. Simak's City (ACE 1958). 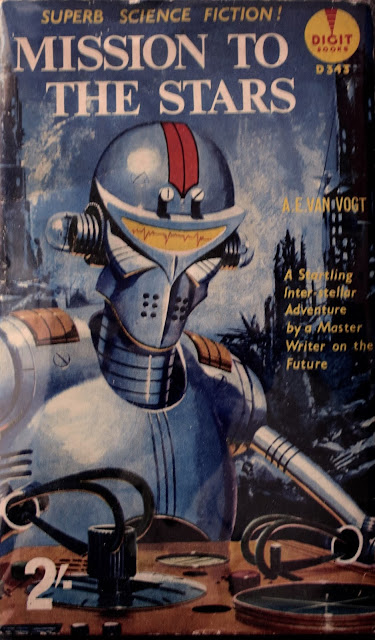 The next four covers were purchased from ABE bookseller Raymond Tait and carried the description "From the collection of Derek Ingram, late Fellow of Gonville & Caius College, Cambridge". In additional emails with Mr Tait, I found him to be a very pleasant and fair individual and I loved the idea of providing a home for a small portion of another collector's library. If you liked Harry Potter google Gonville & Caius College and take a look at the photo of the dinning hall 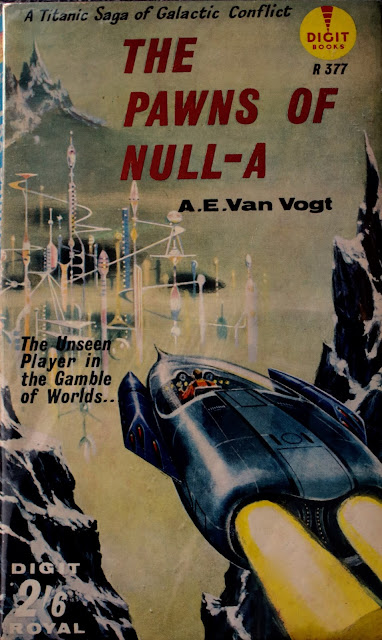 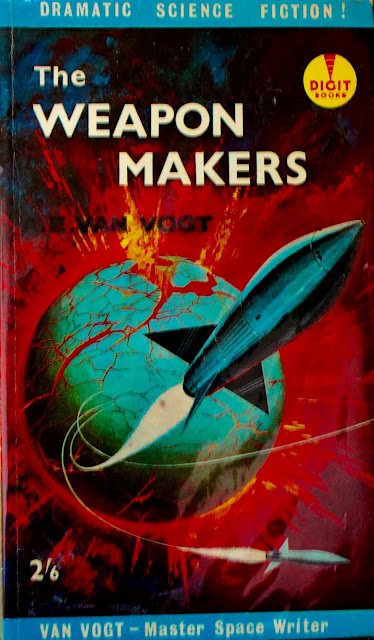 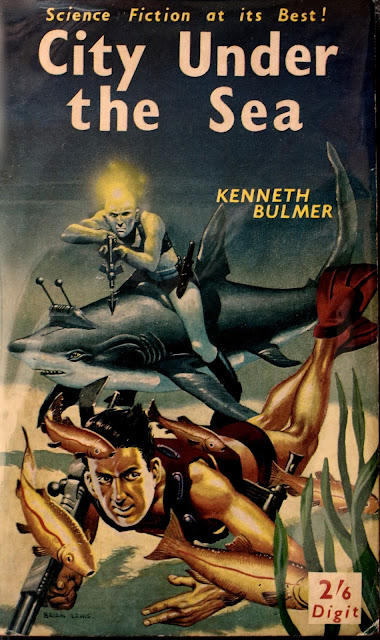 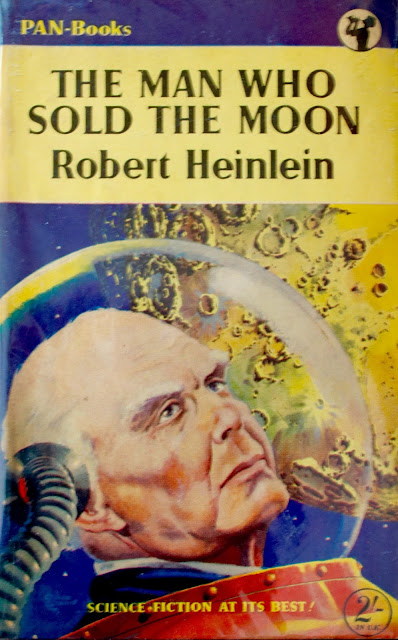 I could not resist this Heinlein collection from Pan Books in part because it depicted an older individual, something that seems rare on SF covers. That Man Who Sold The Moon, (Pan 1955) cover by Gerald Quinn.