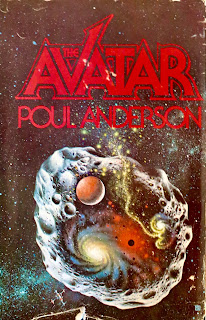 I have been reading mainly non-fiction from the library and mythos fiction which means I have been posting on my HPL blog.

Yesterday I set out for the British Pantry a few blocks away for some local sausage for a rice dish Helen was going to make. I also picked up some mince tarts cause it tis the season. There is a free library in a repurposed newspaper box that we pass quite frequently while walking the dogs. It is set back from the sidewalk, and I have found little of interest, so I do not check it that often. I checked it yesterday and was amazed. There were several Science Fiction book club editions with their original jackets. So I scooped up four that were of particular interest. I don't think I have read the Anderson or the Niven. Doug and I have often discussed how we believe Niven has created some of the best aliens in science fiction in his tales of known space. I am not sure this falls within the series, but I am interested in reading it. The Anderson should to be worth a look. 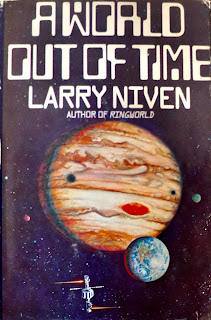 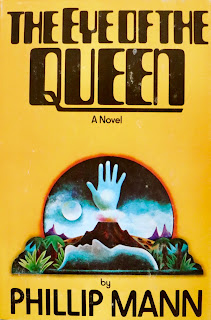 Helen loved The Eye of Queen, and I have meant to read it. I read Mann's Wulfsyarn, and it was quite good, so I am looking forward to reading it. Two of the moon stories I have read recently were Varley's "Bagatelle" and "The Barbie Murders". Scanning isfdb, I see there are more stories involving the Anna-Louise Bach character, so I will be reading them. However, my all-time favourite Varley work is Titan. Finding it with the beautiful Ron Walotsky cover was a real gift. I think the sequels Wizard and Demon were okay, but the first volume in a series often makes the greatest impression. The first volume introduces the world building with all the odd creatures and wonderful settings that we can explore. Titan certainly provided that with the Blimps, Titanides and Angels and the epic quest to reach Gaea. All of these titles from the last 70's and early 80's were right in my wheel house and the probably tells you quite a bit about my taste in science fiction. 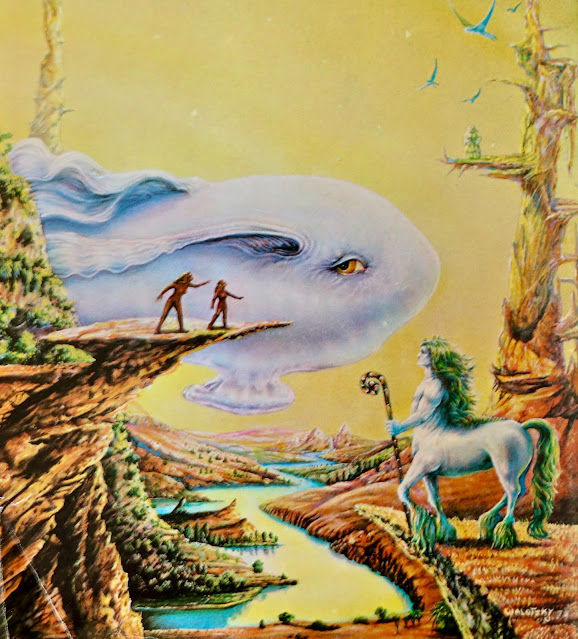 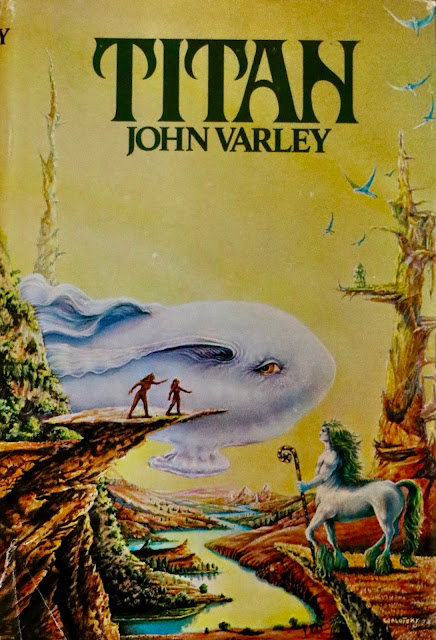