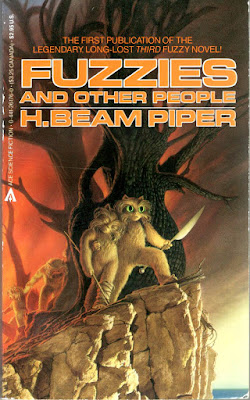 My friend Doug, with whom I have spent many hours discussing and sometimes shopping for science fiction, has asked to provide a guest post on H. Beam Piper's Little Fuzzy Series.

Take it away Doug

I realize that we cannot read every book written even by an author we like, it seemed reasonable with Guy's permission to expand on his comments on H. Beam Piper and his work. 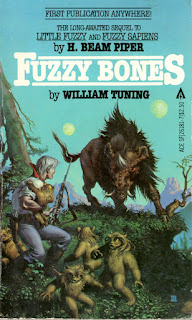 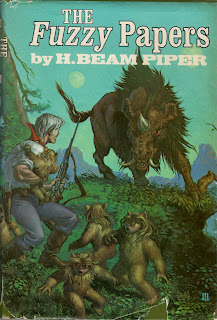 A more modern work by John Scalzi, "Fuzzy Nation", which I have not read, may not quite meet the definition of a pastiche but a review can be found here:

As Guy mentioned in his comments Piper was a writer of his time expressing somewhat Libertarian sentiments, and  everyone smokes, carries a gun, and almost all women are "Girls".

It is in this background that I would wish to comment on the shall we say Fuzzy Chronicles. Piper starts out with the discovery of the Gashta (what the Fuzzies call themselves), at first humans relate to these aliens as small cute animals but it rapidly becomes evident that they may be much more intelligent than first assumed here Piper is forced to deviate from the traditional human vs. alien  conflict to discuss what it means to be sapient. The "Federation" has a loose rule as to what it means to be a sapient alien race and this is summed up in a rule; if it talks and can make fire it qualifies. Well in order to make the stories more interesting the Gashta appear to do neither. So Piper uses the human court system to force the issue, in order to make a long story short it turns out that the Gashta speak at ultrasonic frequencies and it takes some human ingenuity to solve the problem. 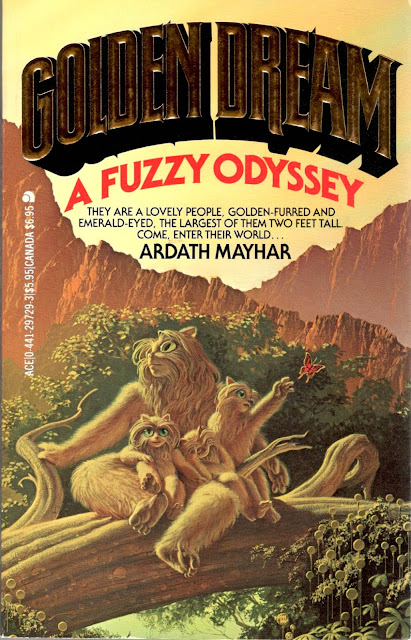 To declare the Gashta as sapient is only the first step, since the whole structure of the colony of Zarathustra depends on a extra solar company who owns the planet lock, stock and barrel before the discovery of a sapient alien race. There then ensues a battle to form a new government to include the humans and the Gashta. Here Piper runs into a problem, how do you integrate aliens who have no technology, and little interest in same into a star spanning civilization. Pipers solution to this problem involves a "native reserve", and an adoption system where humans can have their own Fuzzy. This is a problem which allows both Piper and Tuning to expand on what it means to be "Human" in the broader sense. This is an unresolved issue thought the novels but in my opinion the issue that takes these stories beyond science fiction of the 60s even though the writing style is entirely consistent with the period. I would recommend these stories to anyone who has an interest in the science fiction of this period and the influence it has had on the current styles and subjects.
Posted by Guy at 1:55 PM