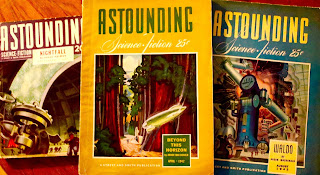 I have finished reading Astounding, Alec Nevada-Lee's book on John W. Campbell and some of the writers most associated with Astounding, Isaac Asimov,  Robert A, Heinlein, and L. Ron. Hubbard. It was a good read, but fair warning, all four were deeply flawed individuals, though often in different ways. I had been following Alec's blog for years, so this came as no surprise to me. That said, Asimov and especially Heinlein were important authors to me when I began reading science fiction and the accounts of their death did make that child in me feel a bit sad, even though the works I remembered them for were written decades before they passed away. Also "Twilight" and "Who Goes There" by Campbell, writing as Don A. Stuart, remain two of my favourite science fiction stories. Alec's book delivered what it promised, an understanding of John W. Campbell's influence in the field for good or ill. Some of the behaviour mentioned in the book is chilling, so if you would like to read something a little more upbeat about Astounding, it's authors and the science fiction of the period I will make some suggestions below. 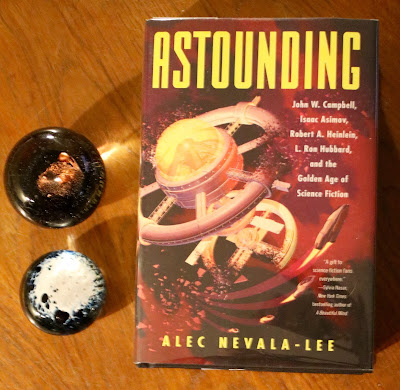 I did want to pass along two items related to Alec's research for the book. From his website:

"And I can reveal now that this was all in preparation for a more ambitious project that has been in the works for a while—a visual essay on the art of Astounding and Unknown that has finally appeared online in the New York Times Book Review, with the highlights scheduled to be published in the print edition this weekend. It took a lot of time and effort to put it together, especially by my editors, and I’m very proud of the result, which honors the visions of such artists as H.W. Wesso, Howard V. Brown, Hubert Rogers, Manuel Rey Isip, Frank Kelly Freas, and many others. It stands on its own, but I’ve come to think of it as an unpublished chapter from my book that deserves to be read alongside its longer companion. As I note in the article, it took years for the stories inside the magazine to catch up to the dreams of its readers, but the artwork was often remarkable from the beginning. And if you want to know what the fans of the golden age really saw when they imagined the future, the answer is right here." 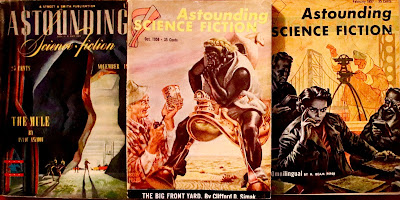 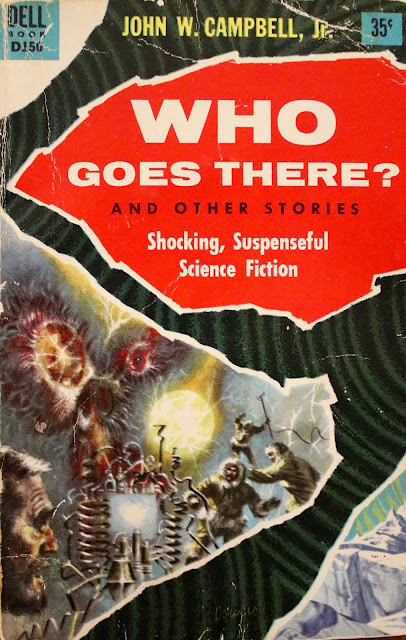 In his year end review Alec also notes "that I saw John W. Campbell’s Frozen Hell, based on the original manuscript of “Who Goes There?” that I rediscovered at Harvard, blow past all expectations on Kickstarter. (The book, which will include introductions by me and Robert Silverberg, is scheduled to appear in June.) "

And as promised, some other titles about Astounding and it's authors. Bud Webster's Past Masters, a number of his essays can also be found online, see my Handy Resources. The other items are out of print as far as I know. 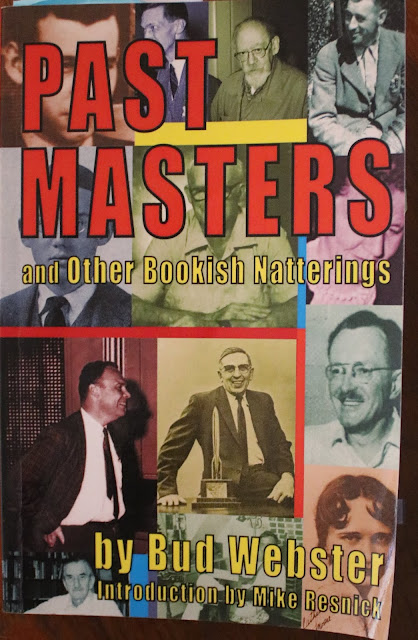 A Requiem for Astounding (1964)
A very detailed look at Astounding by an early fan. 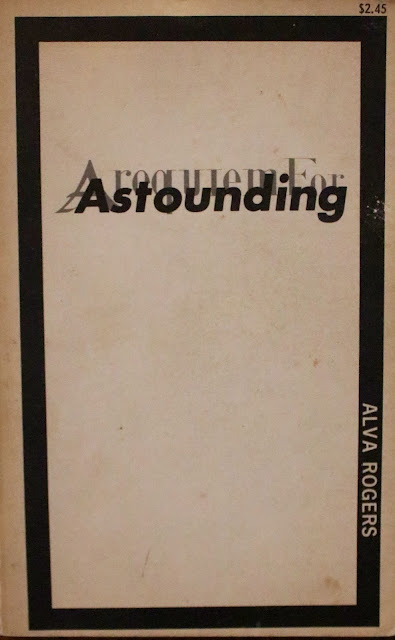 Two titles by Sam Moskowitz, a fairly feisty (polarizing?) member of First Fandom. But he did seem to know everyone and claimed to have read pretty much everything.  I do enjoy his profiles, and it is nice to hear from someone who actually knew at least some of the early science fiction writers. 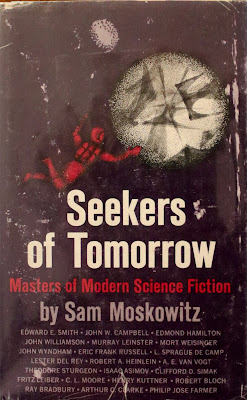 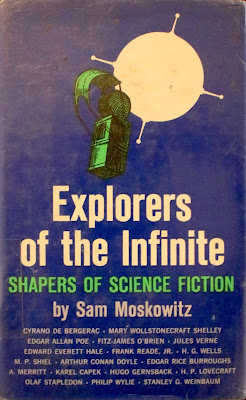 Who Goes There?, Richard Powers
Posted by Guy at 2:29 PM