I have been working on a number of posts recently. However, planning for a stay at the cabin and general lassitude have combined to delay the process. So I have decided to put together a post on some of the new additions to my library. A number of Free Libraries (small houses on posts containing free books) have sprung up on the lawns in our neighbourhood. Today, while walking the dogs we discovered a nice copy of Starship Troopers with a great cover by Carl Lundgren. Heinlein can be a divisive author today, and this is one of his more controversial works. I would suggest reading Alan Brown's "A Genre Cornerstone: Starship Troopers by Robert A. Heinlein" on Tor.com. Brown's analysis of the significance the protagonist Johnnie (Juan) Rico within the novel is quite informative. 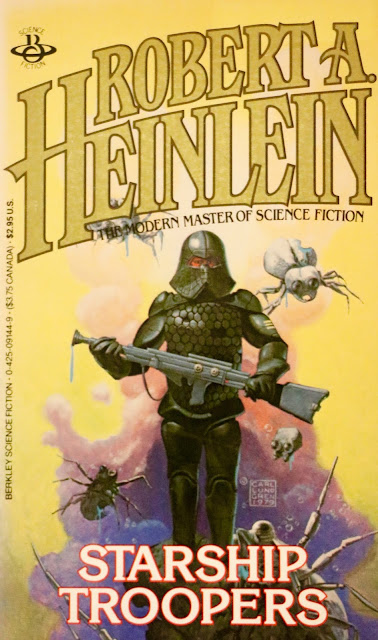 Next, some items from a trip to Fair's Fair Used Books. 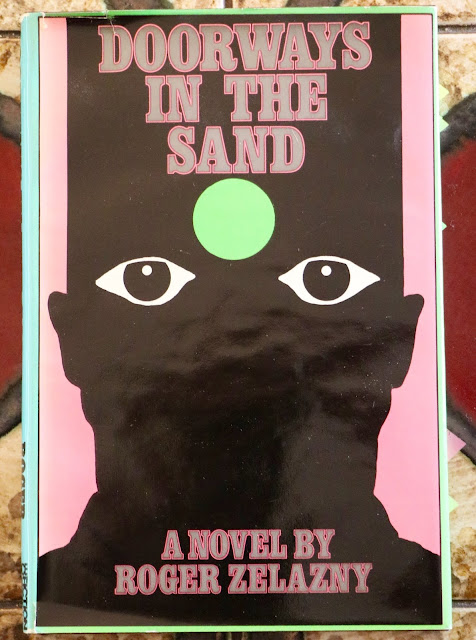 I have been rereading some Roger Zelazny lately (the subject of an upcoming post on comfort reading) so I took advantage of the opportunity to get a hardcover copy the SFBC edition of his rather quirky Doorways in the Sand. 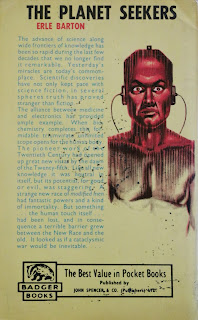 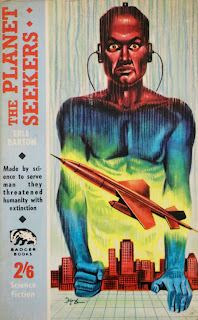 I cannot resist a Badger Book, the plots and writing may be hackneyed in the extreme but the covers, oh the covers, in this case, a gem by H. Fox always appeal to me. 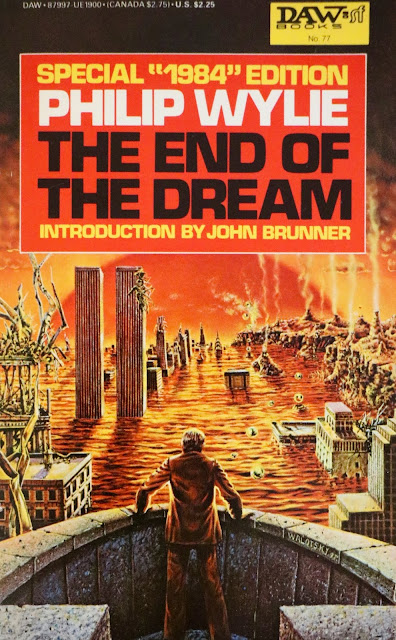 When looking up Philip Wyle I learned the following from Wikipedia,

"During World War II, writing The Paradise Crater (1945) resulted in his house arrest by the federal government; in it, he described a post-WWII 1965 Nazi conspiracy to develop and use uranium-237 bombs,[3] months before the first successful atomic test at Alamogordo – the most highly classified secret of the war.[4]"
https://en.wikipedia.org/wiki/Philip_Wylie

Sadly this story does not seem to have been reprinted. 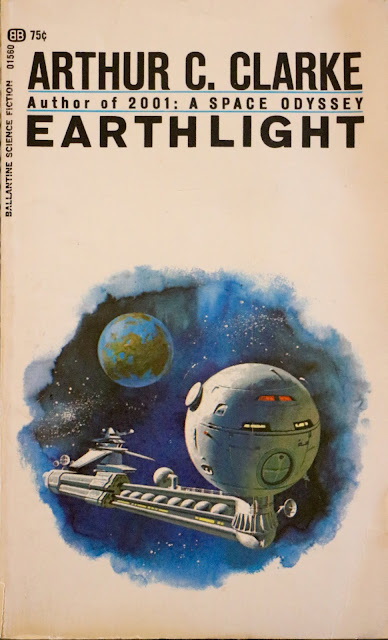 I have not counted the number of copies of Earthlight I have but again the cover by Vincent di Fate drew me in, I think I passed this up on my last trip and regretted it. 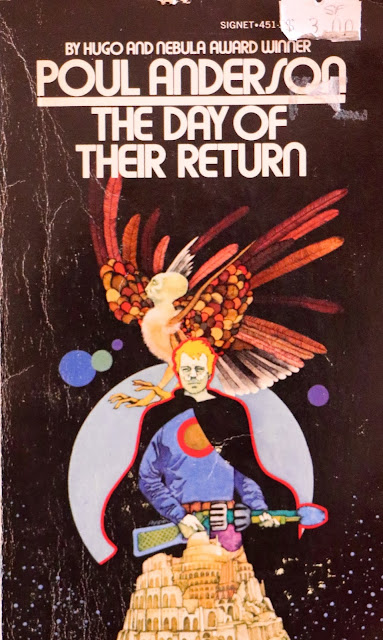 I have decided to include a couple of gifts. A friend picked up this Poul Anderson for me at a Canadian Legion sale. The Corgi edition of H. G. Well's The Shape of Things to Come came from the library of another friend who purchased it on a trip to the UK many years ago and it will be discussed in more detail in a future post, combined with John Kessel's great short story, "The Last American". Sadly the lovely cover art is unattributed, if you know who is responsible please leave a comment. 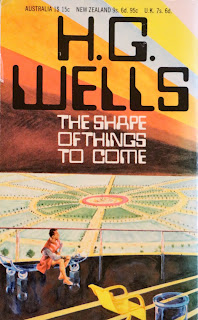 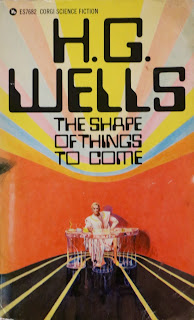 And if you have lasted this long, some non-science fiction. Pages is an independent bookstore in Calgary, and yesterday we found they had opened a second store, The Next Page in Inglewood. I never leave empty-handed and I purchased most of the books below at one of the two locations. 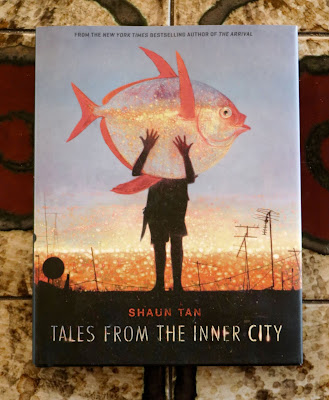 (Tales From The Inner City actually came from Chapters)

Shaun Tan is a wonderful Australian illustrator and author. "He won an Academy Award for The Lost Thing, a 2011 animated film adaptation of a 2000 picture book he wrote and illustrated." https://en.wikipedia.org/wiki/Shaun_Tan (I bought a copy of The Lost Thing for my adult niece.) His books often combine his wonderful illustrations with social commentary, you should take a look. 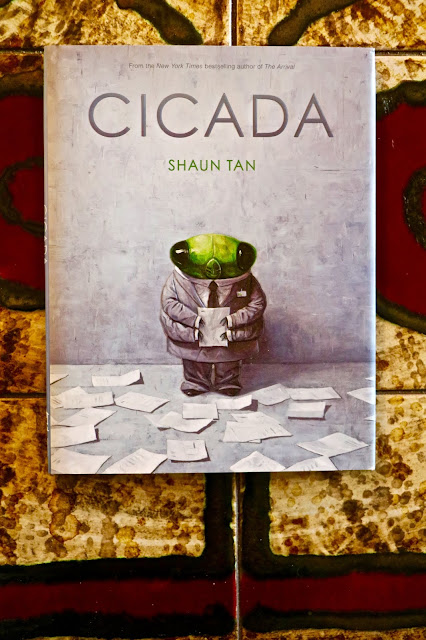 And my wife and I are long time Edward Gorey fans. 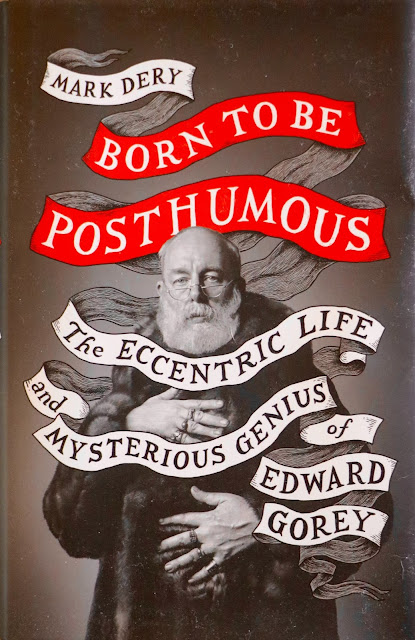 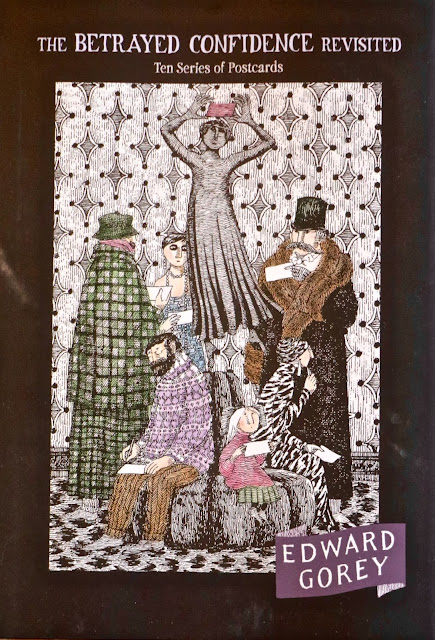 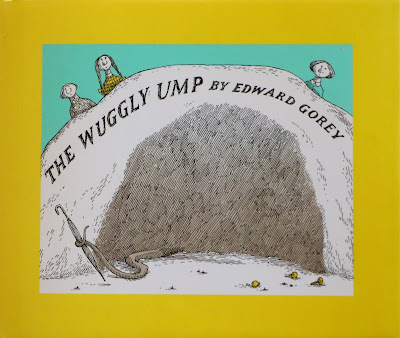 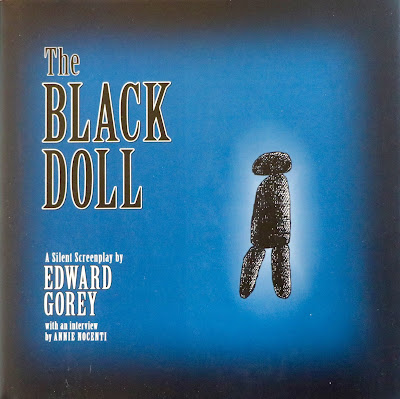