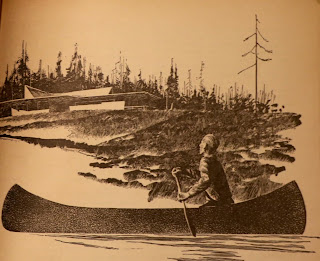 I am a terrible procrastinator, so every summer I surround myself with art supplies, carving tools, and books and magazines to read. I accomplish none of it. I have also set goals this summer I decided to read 3 digest magazines representing the major science fiction titles Galaxy Science Fiction, Astounding Science Fiction and The Magazine of Fantasy and Science Fiction. All are the July 1956 issues, so I can see how the contentts, authors, themes, etc. differ. At the last minute I picked a couple more 1956 Galaxy magazines, cool covers after all. I did not look at the ToC first, so they were not cherry picked in that respect. I am not sure if I will read them cover to cover. I am already way behind so we will see. 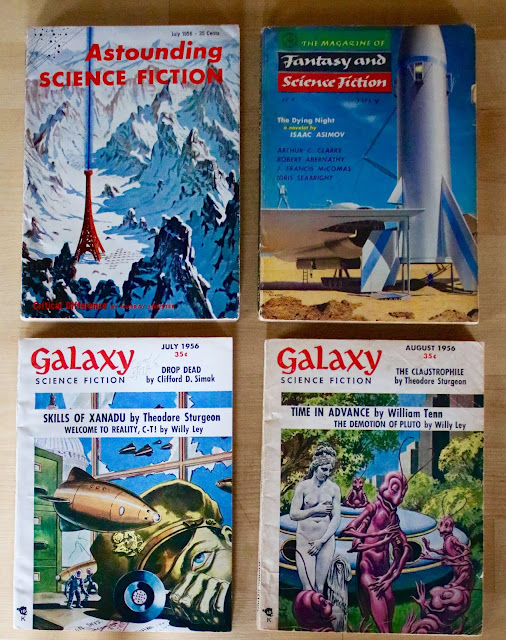 The second project, that is even more behind is A Simak Summer. In my youth when I began reading science fiction, the so called big three were Heinlein, Asimov, and Clarke and I read them all. But I also had another big four that were equally important to me, Andre Norton, I am firing my Norton blog back up there is a link on the right under My other blogs.

John Wyndham, I am sure we covered some of his books in school but it’s foggy. I read much more of his work than was required because I enjoyed it. Ray Bradbury whose stories are still with me. And last but not, as they say least, Clifford Simak. I have read many of his novels and short stories.

Collecting different editions and appearances of his work has also been one of the focuses for my mania(?), which sees me with way too many books.  Open Road is publishing his complete short fiction, I think it runs to 12 volumes, so there is a lot of material to cover. I have included a link in part because of the crazed look a younger Simak has on the author photo.

Simak is also an author Doug and I often discuss in our weekly talks, so it seems doubly appropriate. Simak’s story was “All The Traps of Earth” was also the first story covered on this blog. Given Simak’s recurring use of autumnal settings and imagery maybe the series should be called Simak the Autumnal Man, but whatever. With luck the series will run for years regardless of the season.

Now I am off to put together a post on our friends the Franklin's Ground Squirrels, which will appear here, and at least demonstrate that I do complete some posts over the summer I include the link.

Then I have some reading to do. 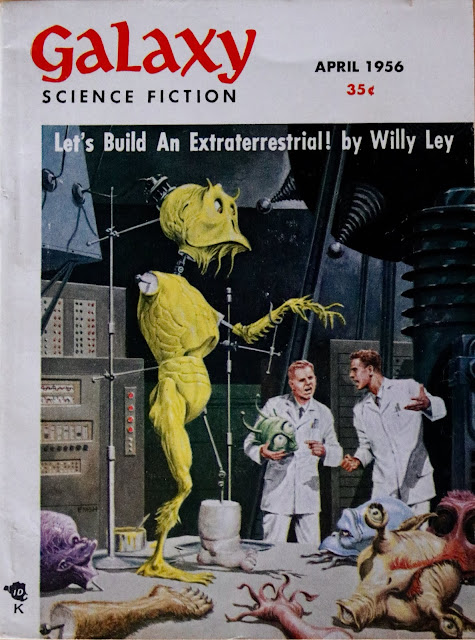 The Magazine of Fantasy and Science Fiction, cover by Chesley Bonestell