I have picked up a lot of new titles. Some online and some locally.

These two books were written and published in New Brunswick in 1981 and 1982. I really liked the graphics of these b&w covers. Both also have interior illustrations. 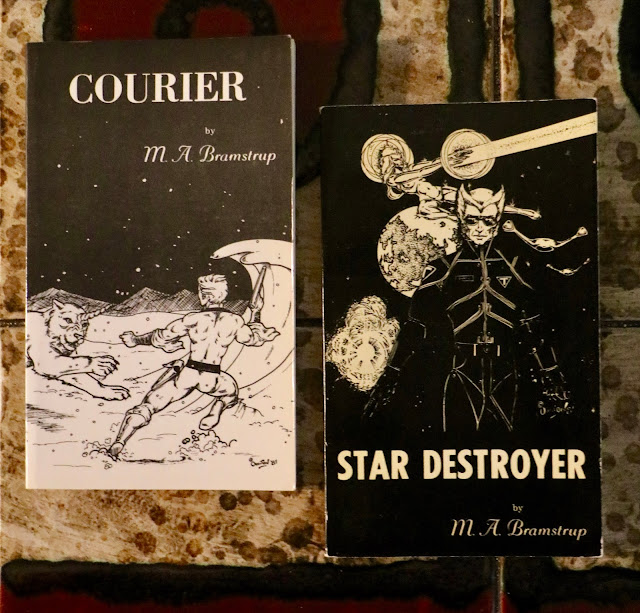 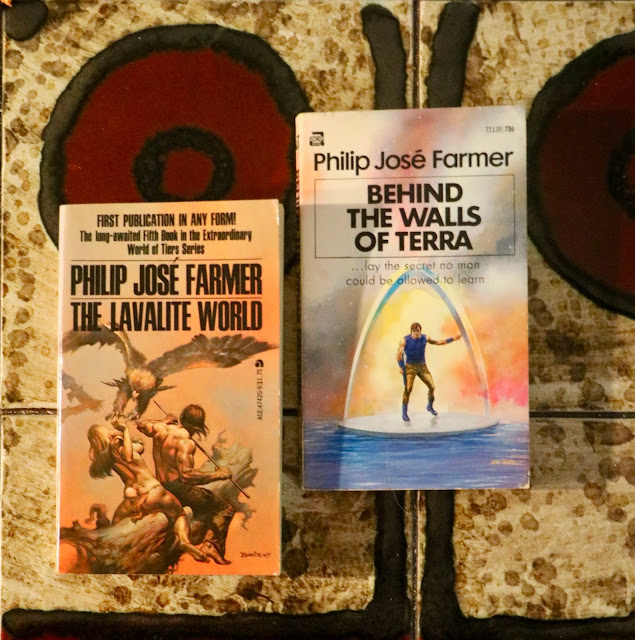 Recently I read the first two volumes of Farmer"s World of Tiers series so I picked up volumes 4 & 5. I am still missing 3 of course. 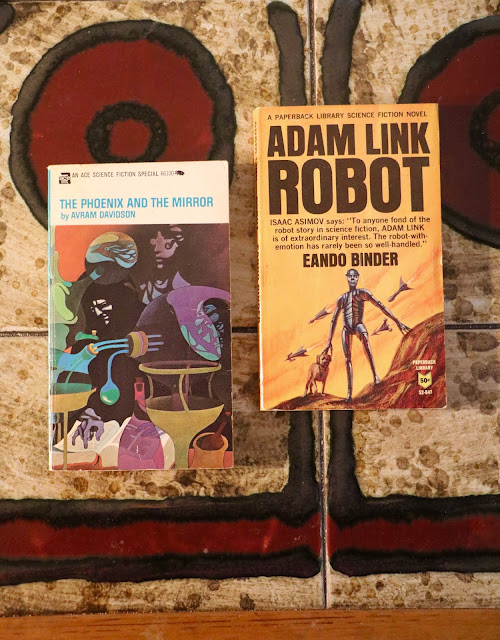 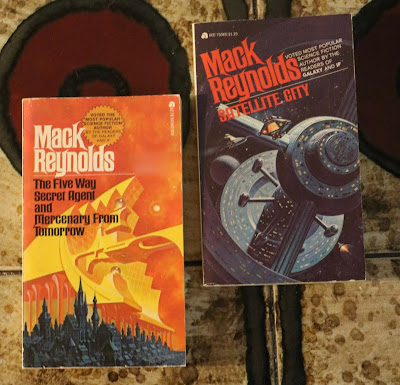 I often find Reynolds exploration of economic and cultural themes interesting. Older SF tends to be so Libertarian a different perspective is refreshing. 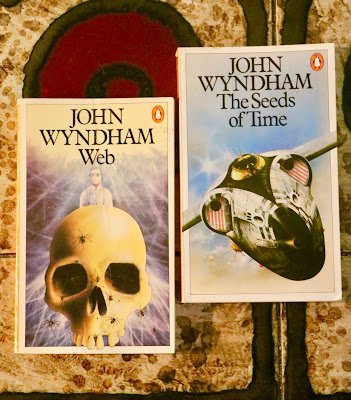 Wyndham was actually covered when I was in public school and I read a lot of his works. I really like these Penguin  editions with the image extending into the white borders. There is a great overview of Penguins SF covers here. 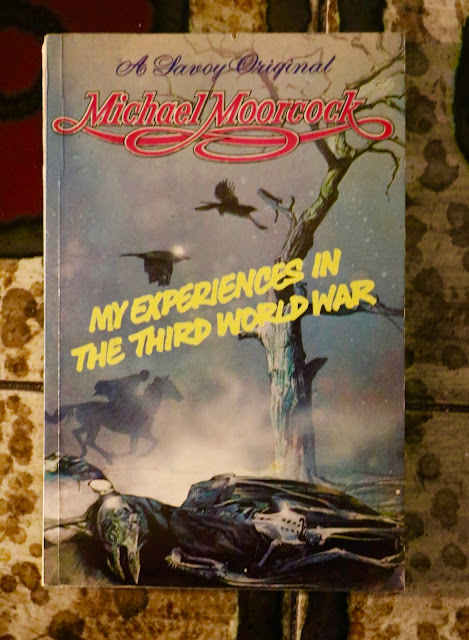 I could not resist this Moorcock cover. 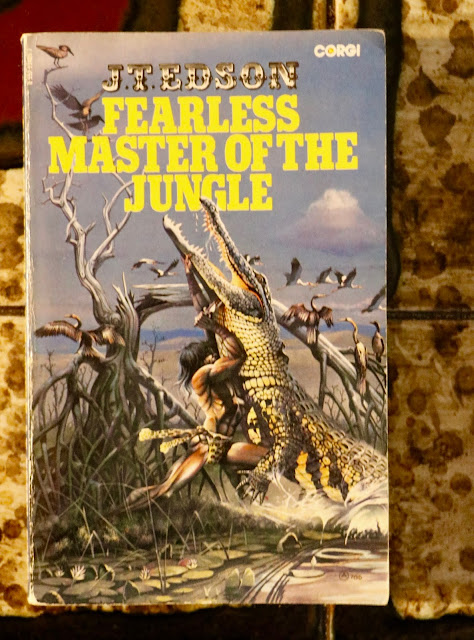 My collecting began with HPL/Arkham House related items and Edgar Rice Burroughs, so I am still a sucker for a cover like this from Corgi.

If you follow my posts you know I like short stories and shorter novels. However I love Asher's Polarity series with it's Old Captains, War Drones, Golems, Gabbleducks, Runcibles, Dracomen, Haiman  and Hooders.  I will post on his books in more detail in the future. 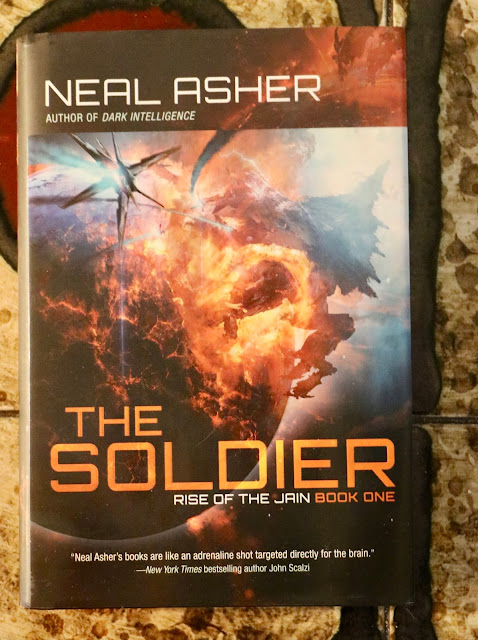 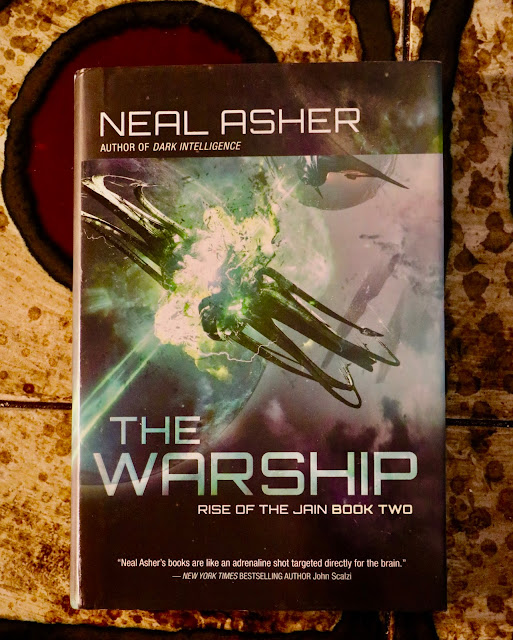 Behind the Wall of Terra by Gray Morrow, The Lavalite World by Boris Vallejo

The Phoenix and The Mirror by Leo & Diane Dillon, Adam Link - Robot by Jack Gaughan

My Experiences in the Third World War by Michael Heslop

Fearless Master Of The Jungle by Chris Achilleos, who also did the covers for my copies of Talbot Mundy's Tros of Samothrace novels as well as some Burroughs I have never seen by Tandem Books. The ISFDB database is a wonderful thing.

Neal Asher both covers by Adam Burn design Claudia Noble
Posted by Guy at 9:49 AM