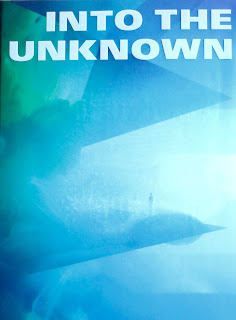 Some years ago my wife and I visited London. A visit to the Barbican Estate was on our list. We have long been interested it this complex as an example of British brutalist architecture. It is on my list of cool places to live should I ever win (really really big) on the lottery. We had just missed the exhibit Into the Unknown A journey Through Science Fiction, but I bought the catalogue.

The first two illustrations below come from this catalogue.
I have just received Soviet Space Graphics, Cosmic Visions from the USSR  by Alexandra Sankova from a local bookstore and I knew Into The Unknown discussed the topic as well in the chapter, "Space Odysseys, Visions of the Cosmos in Soviet Science Fiction" by Alyona Sokolnikova. So I wanted to look at both essays as well as the illustrations. Soviet Space Graphics is a great book. The introductory essay is only about five pages long but the book is lavishly illustrated, some 267 in total. The reproductions are a bit matte but they allow one to get a real overview of the different styles that were employed over the years.

One thing that struck me immediately was the similarities between these illustrations and those found in the science fiction pulp magazines of this period. They were also quite reminiscent to the more futuristic covers of general technical magazines like Popular Mechanics.

In discussing the new Soviet era periodicals Sokolnikova notes "A significant number of these publications focused their attention on the exploration of Earth, its subterranean and oceanic depths, as well as the endless mysteries of outer space-each of the frontiers representing the promise of a bright, new Communist future." (8)

These were not, at least initially, fiction magazines intended for entertainment. Sokolnikova tells us that, "In 1934, the first All-Union Congress of Soviet Writers was held. At this event, the genre of science fiction was defined exclusively as ' literature for young people' which was required to focus on readers' scientific and technical education in the spirit of social realism. Ideas about human flight were criticized as being too remote from everyday needs, and even utopian. Hence a more pragmatics genre of the science fiction essay, devoid of literary plot, evolved 5." (55) what a buzz kill, it sounds a bit like John Campbell's essays/diatribes in Analog education not fun. Sokolnikova notes that in the late 1960's the work of the Strugatsky's among others spurred the growth of a softer less technical or adventure oriented science fiction from the Soviet Union. 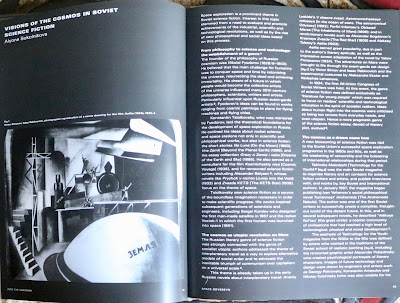 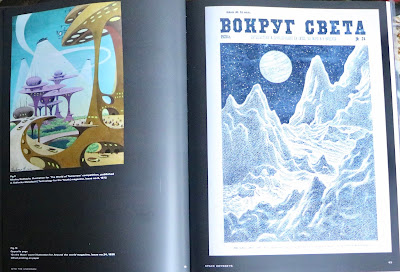 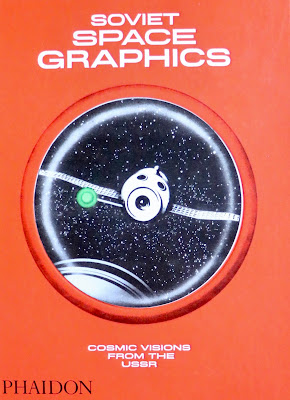 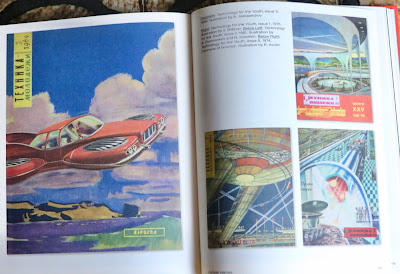 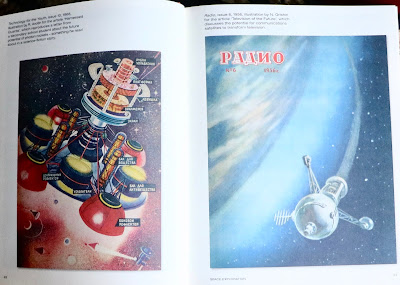 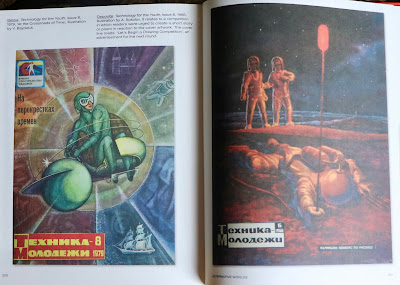 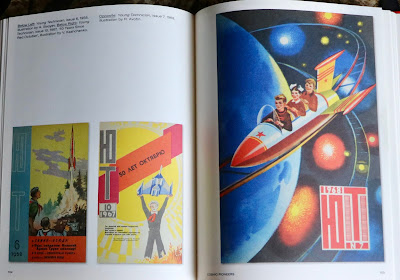 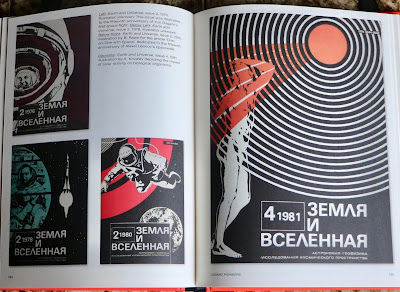 And for something completely different, or is it? Maybe it's just a different vision of the future? I became interested in Badger books after following the unsubscribedblog's Badger Book on Sunday, posts. Now whenever I see one at an almost reasonable price, especially with the kind of garish covers I love I cannot resist. This cover is by Eddie Jones. Is it just me or is our hero standing in an old style a beer glass surrounded by equipment purloined from a hair salon. Now that is science! 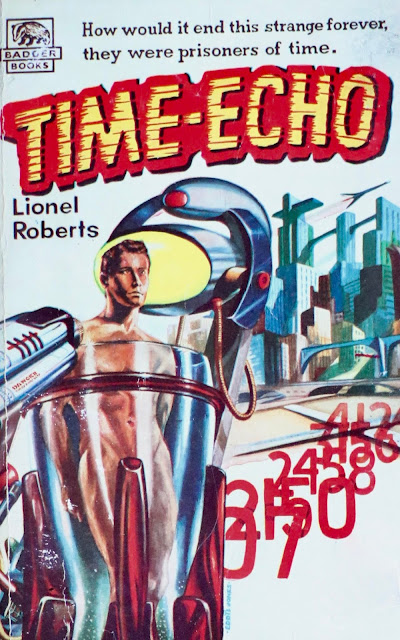