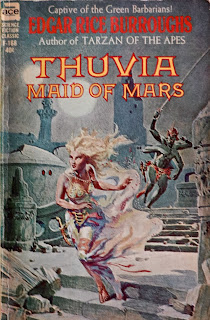 This week my wife and I attended a talk at the university by author Michael Chabon. My wife is a fan of Chabon's writing and has read a number of his novels. I have to admit that despite his reputation, among many other awards he has won a Hugo, a Nebula and something called Pulitzer Prize, I had not read anything by him. The talk was very good, Chabon skillfully weaved his experience and influences from age five onward into a very engaging narrative explaining his world view, which of course is reflected in his writing, (as I understood him) he is a rationalist and a sceptic, wary of anything that smacks of mysticism and personal exceptionalism. He is also interested in both mainstream and genre literature something I am also quite interested in. I guess I should not be surprised that a man who has been a professional story teller in multiple genres and mediums for so long, should be so engaging and eloquent but I was, very pleasantly surprised. His ability to organize and delivery his thoughts impressed me. He has obviously given his experiences and personal world view a lot of thought. It was also nice to hear from someone who obviously looks at the world rationally and critically. Having since read three of his short stories, the steam punk flavoured "The Martian Agent, A Planetary Romance" and two Lovecraft inspired tales "The God of Dark Laughter" and “In the Black Mill,” I am impressed with his writing, and will move on to his novels once I clean up the basement and find them. 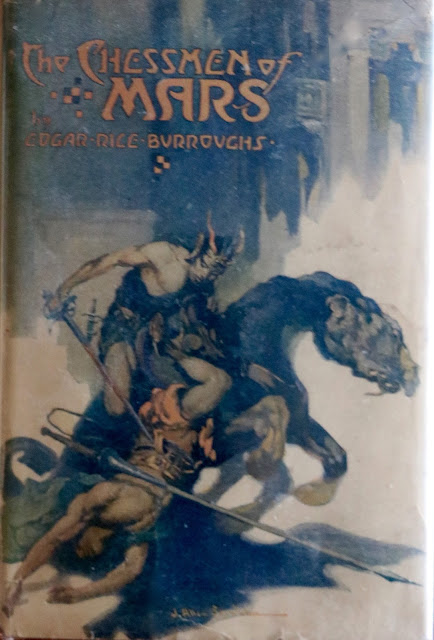 I also never realized that he had been involved in the screenplay for the movie John Carter one of several movies, Van Helsing, The League of Extraordinary Gentlemen among others etc. etc. that my wife and I apparently alone enjoyed based on the critical response. Okay it started with way too much earthly backstory, but I always hate back story. I was very happy to find out he was a huge fan of Burroughs Mars books, as am I, so overall I really enjoyed the talk. I have included a link to a interview he gave to Wired which I found quite interesting should anyone care to read more about Chabon's career. 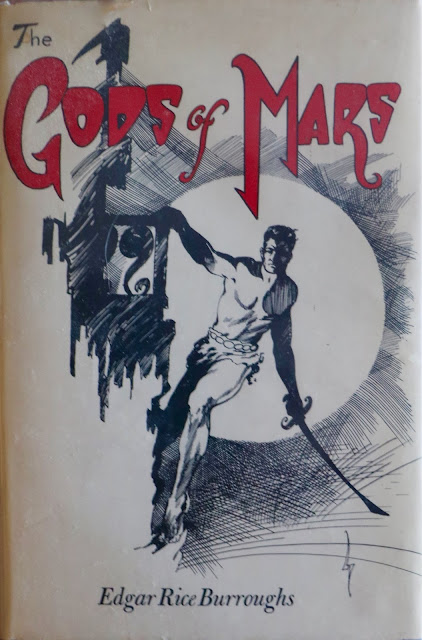 "I never abandoned genre fiction as a reader at all, and what happened, you know, after The Mysteries of Pittsburgh and Wonder Boys, the book you mentioned, and the short stories that I wrote at the beginning of my career as a published writer, is it presented me eventually with this puzzle to myself of, “What happened to that idea of writing the kinds of books that you love to read?” And yes, the books that I was writing were modelled to some degree or another on other books that I loved, but my diet as a reader had never abandoned things that my output as a writer was just clearly not reflecting, and I wondered about that, like, “Why? Why does my backlist look so monochromatic, when the spectrum of my reading is so multicolored?” And I didn’t really have a good answer."

And I finish with a quote I loved from his (excellent ) HPL inspired New Yorker story, (which I will discuss on my HPL site) that I felt captured some of the skeptical and rational aspects of his world view as expressed in his talk. It is also, in my mind beautifully written.

"Here I conclude my report, and with it my tenure as district attorney for this blighted and unfortunate county. I have staked my career—my life itself—on the things I could see, on the stories I could credit, and on the eventual vindication, when the book was closed, of the reasonable and skeptical approach. In the face of twenty-five years of bloodshed, mayhem, criminality, and the universal human pastime of ruination, I have clung fiercely to Occam's razor, seeking always to keep my solutions unadorned and free of conjecture, and never to resort to conspiracy or any kind of prosecutorial woolgathering. My mother, whenever she was confronted by calamity or personal sorrow, invoked cosmic emanations, invisible empires, ancient prophecies, and intrigues; it has been the business of my life to reject such folderol and seek the simpler explanation. But we were fools, she and I, arrant blockheads, each of us blind to or heedless of the readiest explanation: that the world is an ungettable joke, and our human need to explain its wonders and horrors, our appalling genius for devising such explanations, is nothing more than the rim shot that accompanies the punch line."

from "The God of Dark Laughter"
New Yorker April 9, 2001 by Michael Chabon