The Gernsback Continuum by William Gibson 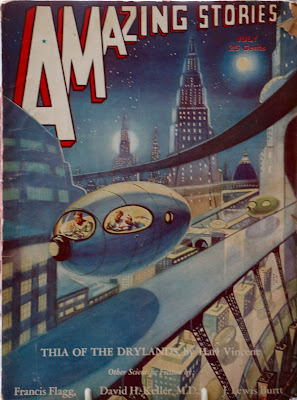 "You could hide the Empire State building in one of the smallest of these towers. Roads of crystal soared between the spires, crossed and recrossed by smooth silver silver shapes like beads of running mercury.  The air was thick with ships…," (8) The Gernsback Continuum.

This cover is for Amazing Stories July 1923, Cover by Leo Morey

Some time ago I decided to read up on the cyberpunk classics I had missed. Thus far I have read "Burning Chrome", the short story and Neuromancer by William Gibson and "True Names" by Vernor Vinge. Easily distracted I also read "Hinterlands" by Gibson, brilliant, Bruce Sterling's "We See Things Differently" also brilliant see my earlier post, and "Swarm" a great insect society tale and the first work in Sterling’s  Shaper/Mechanist series. In an effort to get back on track I opened up Mirrorshades The Cyberpunk Anthology edited by Sterling. The first story was William Gibson's "The Gernsback Continuum", based on my previous posts I think we can guess which story I read first. In his introduction Sterling points out that this is Gibson's first professional publication (1981) while noting the importance of Gibson's Sprawl Series Sterling states "But this story led the way. It was a coolly accurate perception of the wrongheaded elements of the past-and a clarion call for a new SF aesthetic of the Eighties." Huh? the 1980’s while the removal of the wall was great and I enjoyed Max Headroom we also had Culture Club, Ronald Regan, Margaret Thatcher and Who's the Boss, wait I can see why a cyberpunk future is so dreary. I for one am still waiting for my jetpack. 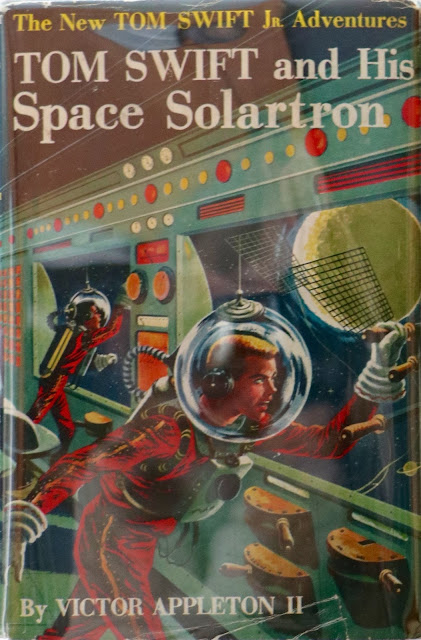 But on to Gibson's story, our narrator is a professional photographer who has taken a commission from a British art historian Dialta Downes to provide photos for an upcoming book The Airstream Futuropolis: The Tomorrow That Never Was. While Downes is thinking American architecture the narrator remembers the flying cars of the 1950's newsreels, or going back to the beginnings, the streamlined pencil sharpeners of the 1930's created by the first American industrial designers. The story specifically mentions Gernsback, Jules  Verne, Frank R. Paul and Tom Swift, great stuff in my mind. In an effort to capture the desired "look" the narrator photographs gas stations, "During the high point of the Downes Age, they put Ming the Merciless in charge of designing California gas stations. Favouring the architecture of his native Mongo, he cruised up and down the coast erecting raygun emplacements in white stucco. Lots of them featured superfluous central towers ringed with those strange radiator flanges that were a signature motif of the style," (4).

And it is while photographing these gas stations that our narrator slips into the Gernsback Continuum. Gibson is a very good writer and I was quite impressed with the quality of this, his first published story. He perfectly captures the visual mood of the SF future as depicted the the magazines, books, merchandise, movies and television programs produced from the 1930’s thru the 1950’s. The story has none the gritty nihilistic vision of Blade Runner which I associate with cyberpunk. If anything it reminds me of the moody short stories of Tim Powers and James Blaylock where solitary narrators move through shifting realities infused with the Victorian science of H.G. Wells and Jules Verne, alchemy, nostalgia, California dreaming, and zeppelins. I really enjoyed the story but think in the end I came to different conclusions if I can say that about a short story. I will  discuss this below. 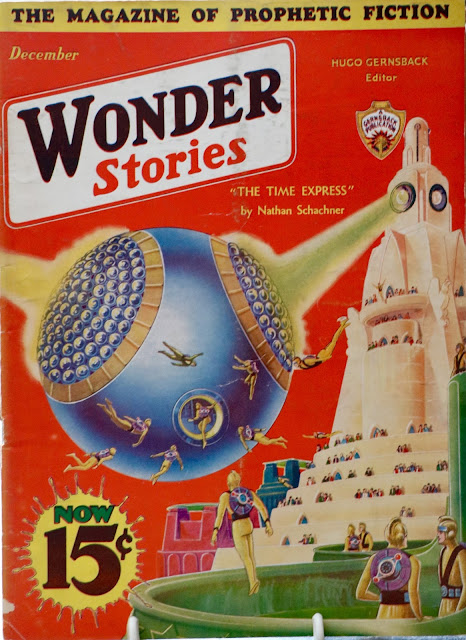 The narrator wants to be free of his visions of this “Gernsback” future especially after seeing the inhabitants of this future, “they were white, blond and probably had blue eyes” "They were smug, happy, and utterly content with themselves and their world”, and we are told “It had all of the sinister fruitiness of the Hitler Youth propaganda” (9). The narrator and possibly by extension Gibson and Sterling? see the technological future represented by Gernsback, as helping create our current problems of reliance on fossil fuels, traffic congestion, overpopulation, pollution, violence and racism. For myself I, as anyone who has read the site would know, love the Gernsback/Paul vision even while admitting it is both unrealistic and flawed. However a cyberpunk future while possibly more realistic also stereotypes, women are commonly assassins or prostitutes or both, the Japanese all seem to be augmented ninja or yakuza businessmen. Cyberpunk is still every bit as much about technology and we are still going into space but the ships are a lot more unpleasant and most of us will be indentured servants or cargo.

I know which I prefer, food pill anyone?
Posted by Guy at 8:24 AM