How I first encountered George Salter; SF and Horror Illustrator

John Carpenter the writer, director and producer who was involved in the creation of the films Halloween, The Fog and The Thing among others, in an interview in the great documentary Lovecraft: Fear of the Unknown

notes that when he was a "kid" his father brought home a book called Great Tales of Terror and the Supernatural (1944) and proceeded to read him the two Lovecraft stories it contained, "The Rats in the Walls" and "The Dunwich Horror", an interesting choice I must say. 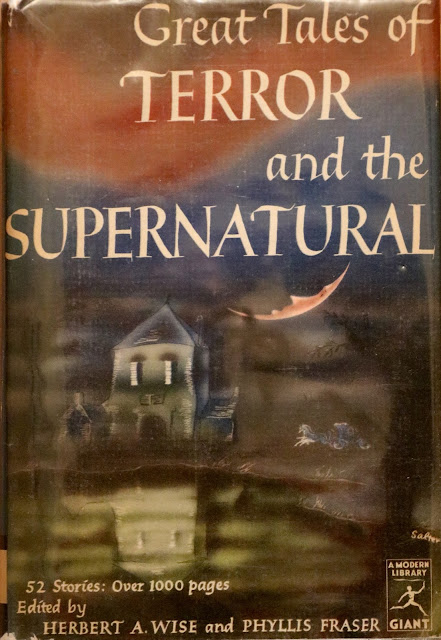 This piqued my interest and given my fondness for old anthologies, and early horror/weird short stories I soon purchased a copy. There things rested for some time until I was looking for a copy of a short story called "The Other Side of the Hedge" by E.M. Forster. Using the ISFDB website I found it had been published in another early anthology called Strange and Fantastic Stories (1946), the price was right and the rest of the contents seemed good so I purchased it. I noticed some similarity in the covers of both books but I attributed that to the fact they were both published in the 1940's. It was only when I received my copy I realized that George Salter did both covers. 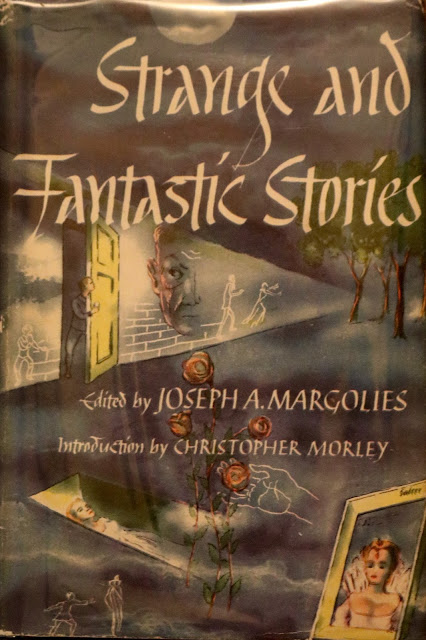 I immediately looked to see what else he had done and found he had done a number of SF works, (which is why this post is here and not on my HPL blog). He produced covers for The Magazine of Fantasy and Science Fiction in the 1950's and 1960's, I have to admit I don't really care for them. 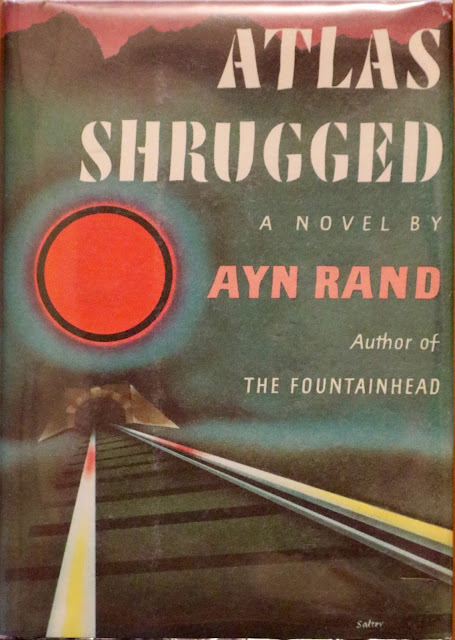 He also did the cover of a book I loved as a teenager, Ann Rand's Atlas Shrugged (1957), not SF you say, there is a hidden utopia (Galt's Gulch), an inventor that creates a motor that converts atmospheric static electricity into useable power, and a screw ball philosophy worthy of Mack Reynolds or Robert Heinlein. Also Rand's novella "Anthem" about a superman/scientist figure who escapes a dystopian future society to find the remnants of a more technologically advanced civilization that had previously existed, was reprinted In Famous Fantastic Mysteries in June of 1953. So Rand was obviously a SF writer, personally I enjoyed the mystery aspects of Atlas Shrugged, the unfolding revelations about the life of John Galt. Rand is a bit tough on Eddie Willers though and the people who don't think it's SF seem to be a problem. 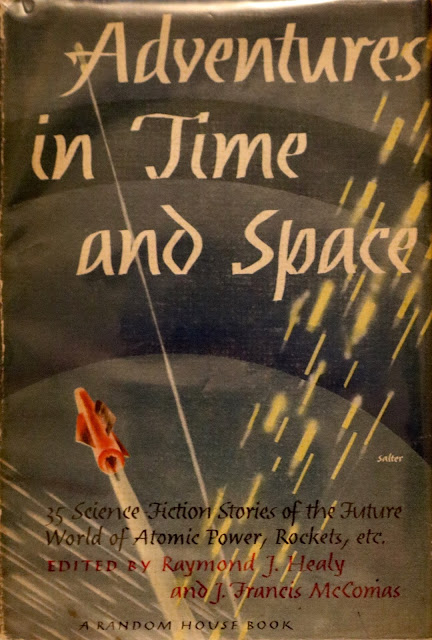 But the real gem for me is George Salter's cover for one of the first and possibility still the most important SF anthology ever published, Adventures in Time and Space (1946) edited by Raymond J. Healy and J. Francis McComas.  Highlights include "The Black Destroyer" and "The Weapons Shops" by Van Vogt, "Nerves" by del Rey, "Nightfall" by Asimov, "Adam and No Eve" by Bester, "By His Bootstraps" and "The Roads Must Roll" by Heinlein, "Who Goes There" and "Forgetfulness" by Campbell, "Farewell to the Master" by Bates etc.