Grayson & Grayson appears to have been a UK publisher
that reprinted science fiction published in the US for
the UK  market from 1951 to 1957. (I looked at their
listings in ISFDB). I became interested in them when I saw
this cover illustration, 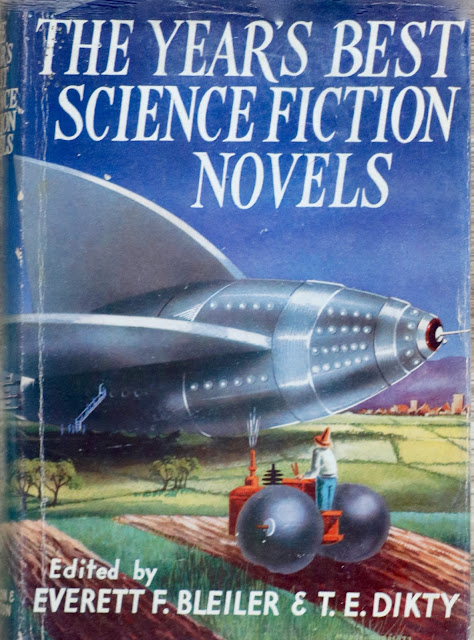 I knew it had to be an illustration
for one of my favourite works of sociological SF,
"And Then There Were None" by Eric Frank Russell.
Published in 1953, the anthology was edited by
Bleiler and Dikty, the cover is signed by illustrator
Mudge Marriott who does a number of covers for this
publisher. Additional contents include, "The Hunting
Season "by Frank M. Robinson, "Flight to Forever" by Poul ,
Anderson and "Izzard and the Membrane" by Walter M.
Miller, jr.

The Miller story is a really interesting computer AI
story that I will discuss in more detail another day,
but it originally appeared in Astounding Science Fiction,
in May 1951 and the US and UK editions of this "best of
anthology" and then does not seem to have been reprinted
again which I think was very unfortunate.

By now it should be clear that I love this type of bright,
garish 1950's illustration with alien landscapes and big rockets
so I really liked Mudge's work. I also like small or lesser known
presses so I began looking for more books by Grayson & Grayson
and Mudge Marriott.

Score, while A.E. van Vogt has suffered a lot of criticism
from some, he was as popular as Heinlein in his heyday
before his unfortunate foray into Dianetics. He was Canadian,
"eh" and he produced Slan, The Voyage of the Space Beagle,
The Weapons Shops of Isher, and Null-A series among
other novels and short stories, love them or hate them
people read, discussed, debated them and generally had
a good time reading his work.

My buddy Doug would want me to point out the Coeurl should
be red again I say it is a trick of the lighting.

This edition was published in 1951, cover uncredited. 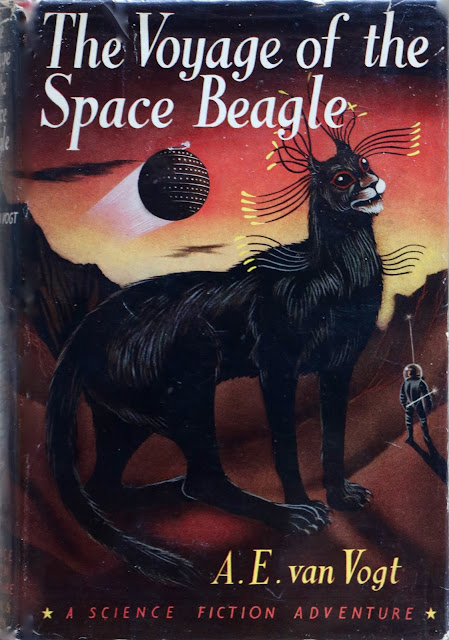 A 1952 reprint of a Conklin anthology, with a snazzy radio
antenna, power station, secret headquarters or whatever?
Again by E. B. Mudge Marriott 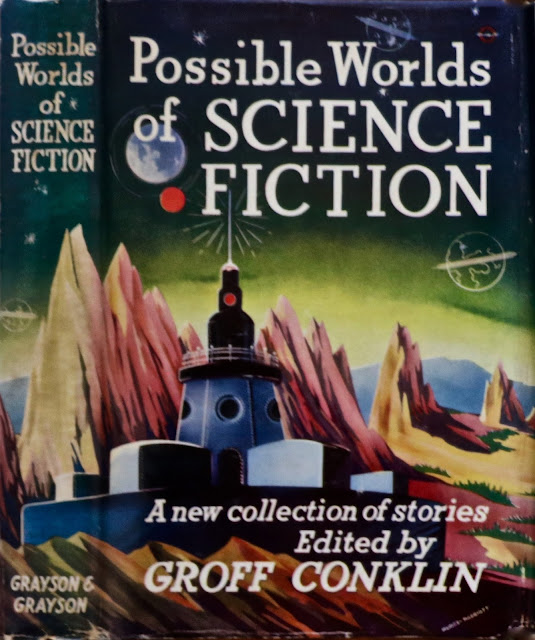 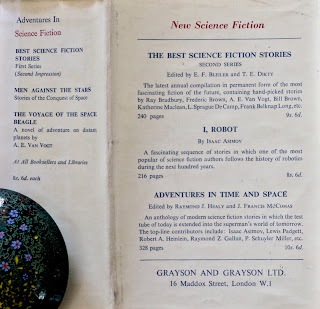 And another "Best of" anthology this time from 1952 with another
cool rocket, the name Mudge Marriott appears on the cover.

As I  noted earlier, my wife and I are taking a trip to the London
in the fall and hopefully I can find acquire more Grayson titles,
this time without the hefty shipping charges. 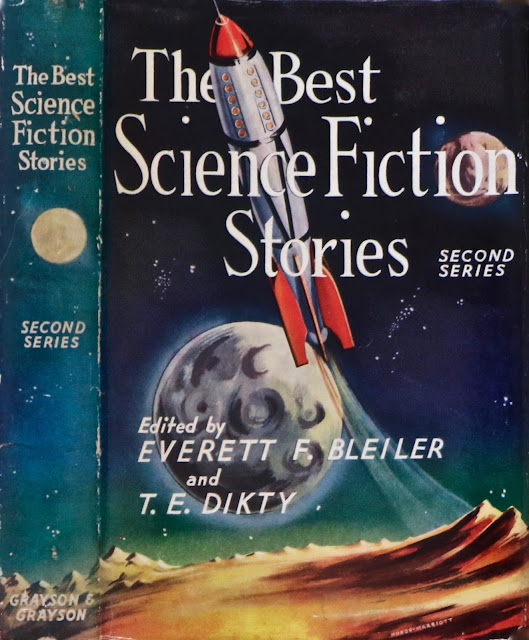 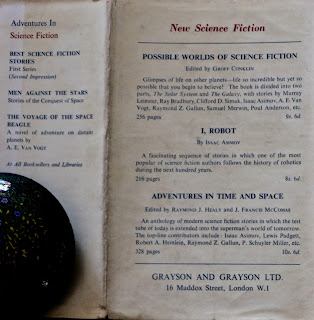