Into the Unknown: A Journey Through Science Fiction review – almost all non-human life is here, Barbican London 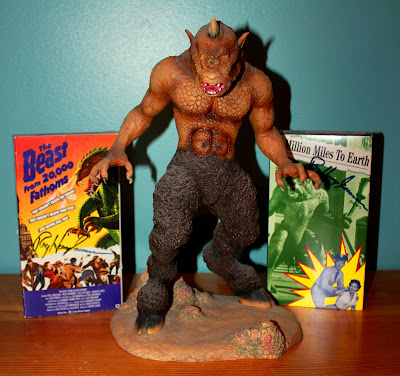 The Cyclops from The Seventh Voyage of Sinbad and two of
my favorite of Ray's  films.

(all photos for this post from my collection not the exhibit)

As my wife and I are planning to be in London this fall she alerted me to a show on science fiction material appearing at the Barbican in London. Sadly we will miss it by several weeks but I thought I would mention it here in case it was of interest to others.

The exhibit sounds wonderful, and as you might guess it contains material on Ray Harryhausen's work.

I was interested because of course I enjoy science fiction in many forms as does my wife.

We are also both interested in architecture and the Barbican is one of London’s best examples of Brutalist architecture.

The Barbican  link discussing the exhibit

http://www.barbican.org.uk/intotheunknown/ more on the exhibit

Link to the history of the Barbican

The third reason for me is the Barbican is the headquarters of, as well as the name, of the European Men in Black type organization represented by the wonderfully realized Immacolata Sexton, found in Caitlin Kiernan's brilliant Agents of Dreamland.

I discussed her novel on my HPL site and the link to my comments can be found here.

For SF buffs Kiernan's novel lies at the wonderful intersection of science fiction and horror that can be found in the works of authors like George RR Martin and Richard Matheson. (Read it)

But I digress, there are a couple of things about the review of the show at the Barbican I wanted to discuss. The author Rachel Cooke starts with the following statement.

"The most brilliant definition of science fiction I know comes courtesy of the writer Brian Aldiss, who once described it as “hubris clobbered by nemesis”. " While Aldiss's
Trillion Year Spree: The History of Science Fiction, as well as his extensive list of science fiction novels and short stores has given him a well deserved stature in the field, this does not appear to be a useful definition of anything. Just had to get that off my chest. 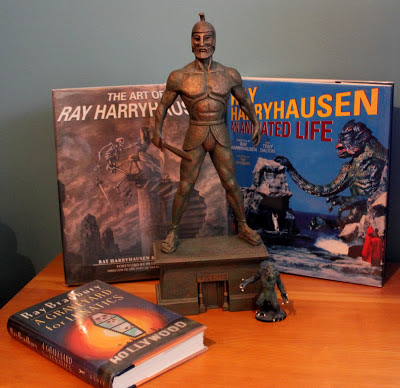 The second observation I found interesting was her statement. "Dinosaurs used to be a metaphor, a means of addressing our most deep-seated fears. They roared and we trembled; we fought them to win. Now, though, they bring with them a prelapsarian longing." I asked my wife about this, we both grew up in the 1960's. The dinosaurs we saw in the works of Ray Harryhausen ( my hero ) and his mentor Willis H. O'Brien, (O'Brien worked on The Lost World, King Kong, Mighty Joe Young, Harryhausen created the dinosaurs that appeared in Beast from 20,000 Fathoms, The Valley of Gwangi among others) were menacing but they were not metaphors for fear in our minds. I wonder if that is a generational difference, possibly after films like Jurassic Park dinosaurs assumed this metaphorical role I cannot say. Certainly in the 1960's as now, dinosaurs were everywhere, in films, cartoons, books, advertising, tchotchkes of every kind and in my case as plastic dinosaurs on a birthday cake, thanks Mom. 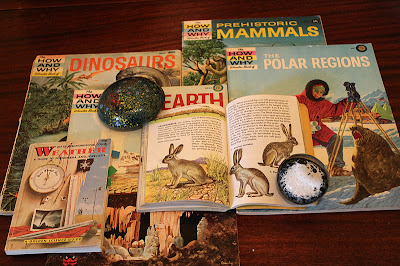 But if they were metaphors then, I think they were metaphors for the mysteries unlocked by science. Science then was the lens by which we were examining the mysteries of the earth, of time and of the universe. We had the past via dinosaurs and archaeology, the first exploration of the ocean depths with submarines, bathyscopes and aqua-lungs and outer space with our telescopes, satellites and rockets. And of course all of this became the stuff of our science fiction dreams and sometimes of our science fiction nightmares.