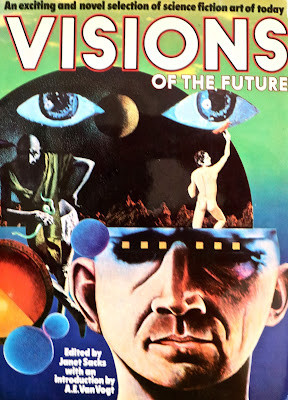 Some new arrivals. I have mentioned previously that my serious SF collecting began when I received some books on SF illustration as a gift so when I saw this title Visions of the Futures with this rather striking the cover, I found a copy to order. The illustrations in this book are collected from the pages of Science Fiction Monthly, a British magazine put out by the New English Library, that focused on SF illustrators. I have never seen a copy of the magazine so I was not sure what to expect. I did not expect the postal worker to fold it to stuff it in the box rather than ringing the bell, but I found it in time and a quick pressing under art books resurrected it. I enjoyed the introduction by Van Vogt but wished it was more than one page. Also the quality of the reproductions could have been better. As for the illustrations, I soon realized that I recognized quite a few, many of them were used as paperback cover illustrations for books published by the New English Library. This is acknowledged in the captions but it did make me wonder whether Science Fiction Monthly was a true survey of the field of SF illustration or a house organ for the publisher. However it was not expensive and I always enjoy a snapshot of SF illustration and publishing for different periods. A list of the illustrators follows.

Having reread the original Foundation Trilogy recently, I have been collecting information on Asimov's process in creating the series; so I wanted this collection of essays he wrote on the field. Sadly he does not seem to say much about the Foundation Series in the essays I have read. 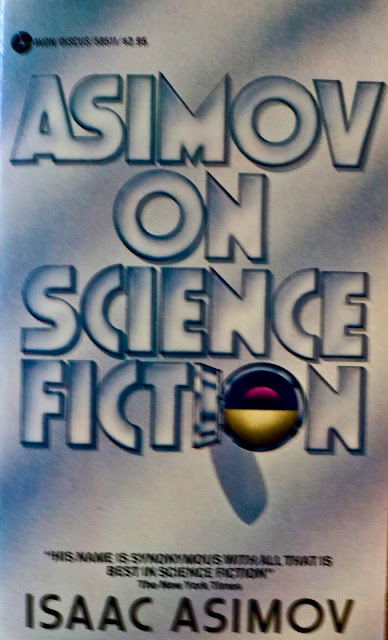 The same bookseller had Beyond the Spectrum and how could I pass up this cover and blurb. 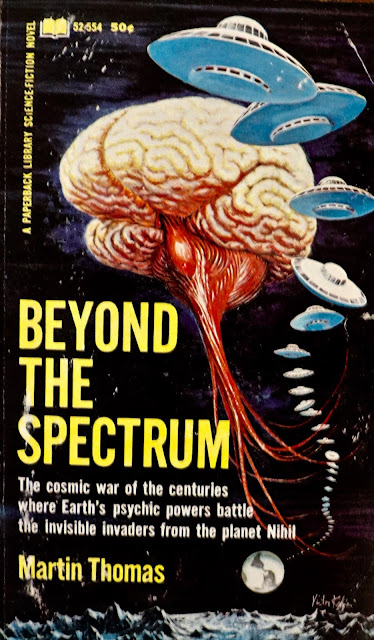 Lastly something new, again I loved the cover. But it was after using Amazon's look inside feature I learned that John G. Tibbetts, was named John Carter by his father, a SF collector and member of first fandom, who also exposed him to bookshelves full of titles from Arkham House, Gnome Press and Donald Grant among others. His father took him to SF conventions where he meet a number of important SF authors including James Gunn, SF author, historian and educator, who later was his colleague at the University of Kansas. All this seemed quite promising but it was the chapters, "The Lovecraft Circle" and "The Bradbury Chronicles" that sealed the deal. I have only skimmed it so far but I have also found interviews with Poul Anderson, Jack Williamson, Maurice Seddak, Peter Straub, Suzy McKee Charnas, and Bian Aldiss among others. It looks like it will be great fun 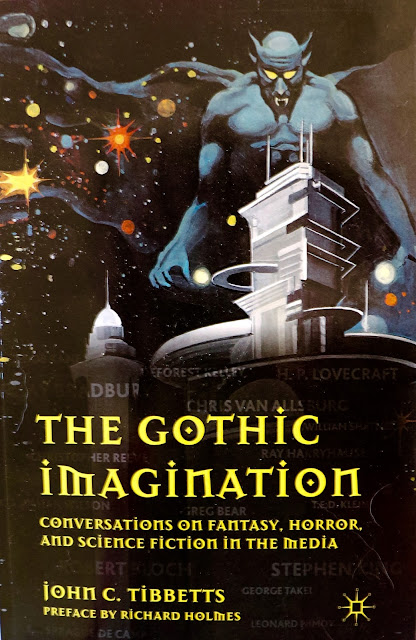