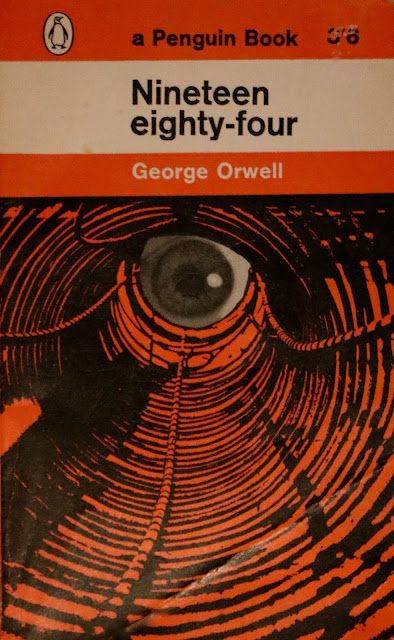 Jill Lepore, writing in the New Yorker (link below) discusses the current crop of dystopian fiction as well as providing a brief survey of the field overall. She offers a distinction between dystopian novels versus apocalyptic novels that I found quite interesting.

"Thomas Paine’s “Rights of Man,” is a dystopia (on the island, the pursuit of equality has reduced everyone to living in caves), but Mary Shelley’s 1826 novel, “The Last Man,” in which the last human being dies in the year 2100 of a dreadful plague, is not dystopian; it’s merely apocalyptic."

The Encyclopedia of Science Fiction in describing John Brunner's Stand on Zanzibar states "The Dystopian vision of this complex novel, much of which is set in an exemplary New York, rests on the assumption that Earth's population will continue to expand uncontrollably (see Overpopulation)."

They go to describe Brunner's further novels, The Jagged Orbit, The Sheep Look Up, and The Shockwave Rider as

"Three further novels, all with some of the same pace and intensity, make together a kind of thematic series of Dystopias."
http://www.sf-encyclopedia.com/entry/brunner_john


Lepore's article has left me pondering whether Brunner's novels are indeed dystopian or apocalyptic or both. I have not decided yet. Your thoughts? In this article she offers a good overview, as well as examining dystopian fiction in terms of our current reality. An interesting read for SF buffs.

What to make of our new literature of radical pessimism.
https://www.newyorker.com/magazine/2017/06/05/a-golden-age-for-dystopian-fiction

In an earlier post (link follows) I noted that we were a bit sad that we would just miss a show of SF related items called Into the Unknown: A Journey Through Science Fiction being held at the Barbican in London in Sept. In researching my series in Penguin Books I found out that Penguin has released four books, to be sold only through the Barbican shop, with Barbican related covers, to commemorate the show, they are 1984 by George Orwell, The Island of Doctor Moreau by H.G. Wells, A Clockwork Orange by Anthony Burgess and Frankenstein by Mary Shelly. (see the covers at the shop link below). While we missed the show, we do hope to be able to visit the shop, time and our energy level permitting.