Fair's Fair, the used bookstore chain I frequent, has been holding a 30th Anniversary Sale with 30% off stock. Doug, my SF reading buddy, and I decided to drop by with our wives for books, then burgers at 320 Burger (the best in Calgary) and some other shopping. Things went well, I stayed on budget, basically by not looking any more once I reached it.

But before we begin the survey I wanted to mention I just finished All System Red, the first of the Murderbot series by Martha Wells, and it was a very nice read.

I cannot resist the author issues of The Magazine of Fantasy and Science Fiction. 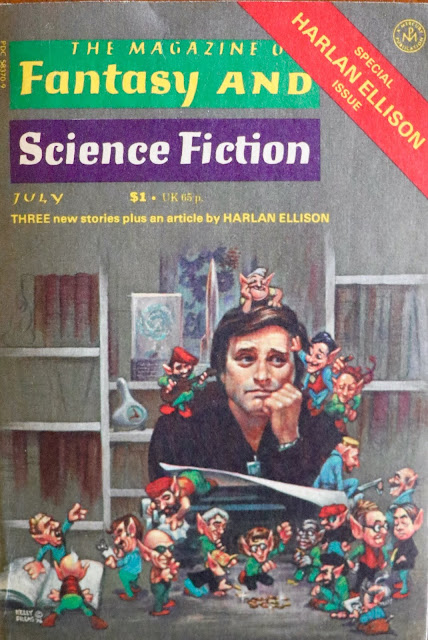 I am also a sucker for these idyllic portrayals of the future from the 1950's.  I wonder what the mortgage is on something like that. This issue contains not only Kornbluth's "The Syndic"  but "The Hanging Stranger" by Philip K. Dick and "Ground" by Hal Clement. 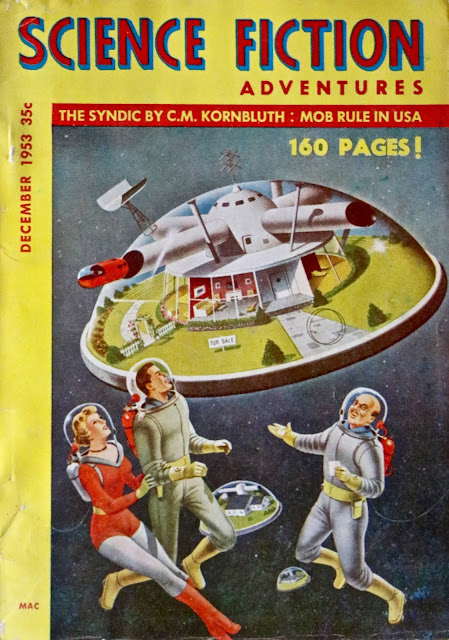 Ralph E. Vaughan did a lovely post on Mel Hunter's Lonely Robot covers for The Magazine of Fantasy and Science Fiction which began in the 1950's, I was hoping to find some and got lucky.  The Amazing Stories  cover is obviously similar it was done in 1953 and attributed to Gaylord Welker on the ISFDB website. The Magazine of Fantasy and Science Fiction, March 1964, is as expected by Mel Hunter. 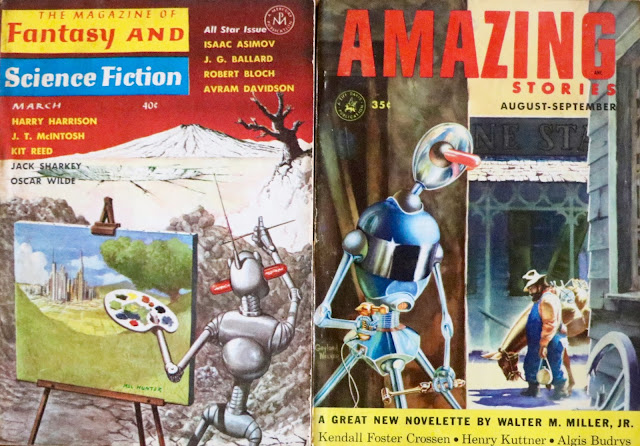 I read the first book of the Hooded Swan series Halcyon Drift sometime ago and was delighted to find this compilation. Brian Stableford's introduction detailing the genesis of the series and its importance in shaping both his life and his career is worthwhile reading as well. 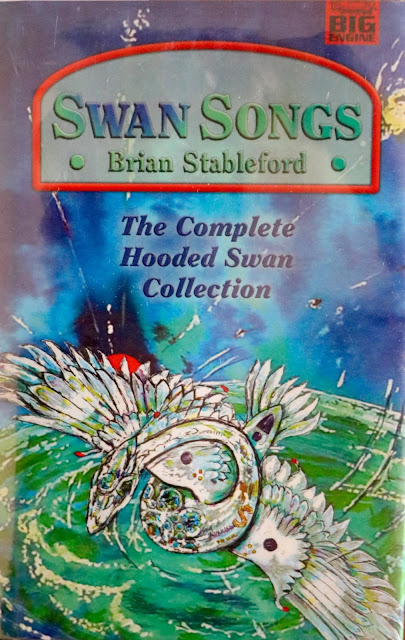 I read two volumes of Poul Anderson's Ensign Flandry series and was really surprised. I found it much better written and plotted than I had expected for a SF secret agent series of the period. The alien culture in The Rebel Worlds was particularly interesting. While I already have a copy with a lovely Powers cover I could not resist the ape with the cleaver. 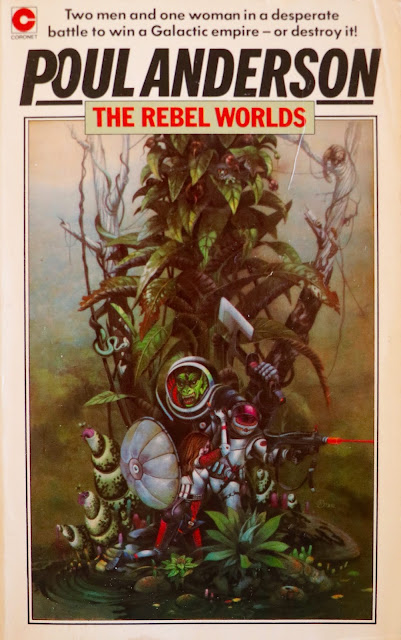 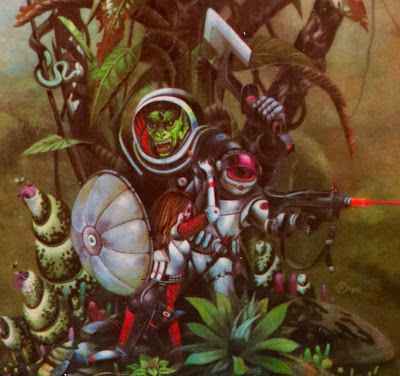 I am looking forward to reading these other volumes in the series and I love these somewhat mod covers. I really enjoy picking up British editions with different designers and cover artists. 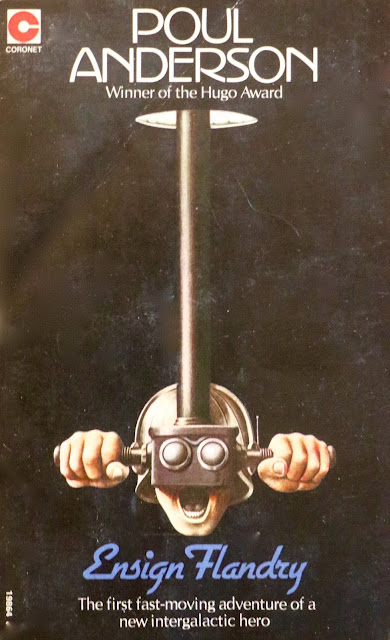 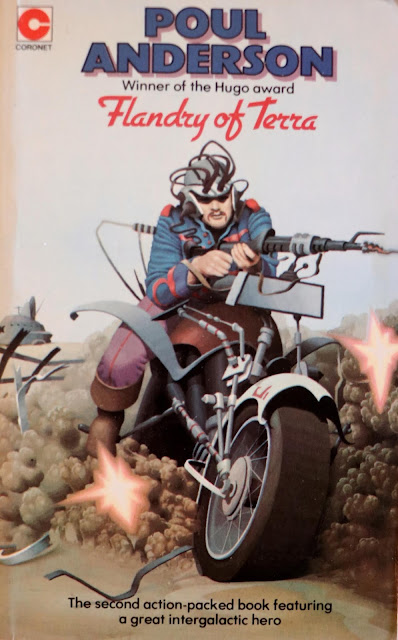 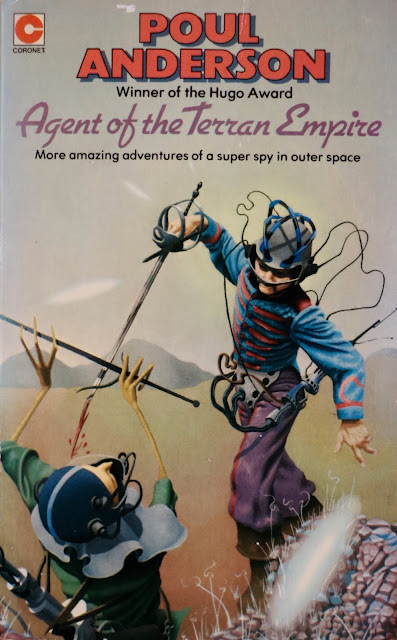 I have been looking for The Iron Dream for years and again I love the cover. 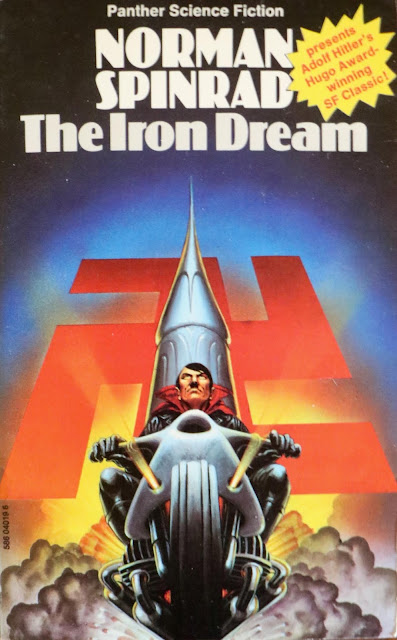 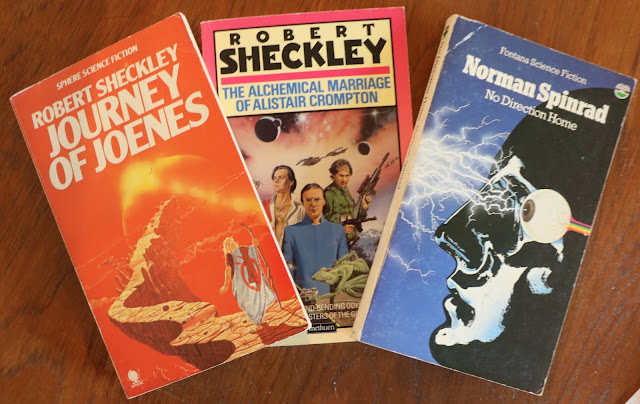 On a previous trip to Fair's Fair to pick up the Perry Rhodan books that I mentioned in my last post, I found Russell's "Dear Devil", a title and cover I have wanted for years.  Recently I had decided to try and find some Satellite Science Fiction, they tend to have great covers, and I like the fact they contain complete novels. This was one I had thought of ordering via ABE so it was great to find it locally. So money flows out, books flow in, and I continue to embrace a maximalist design philosophy when it comes to the written word. 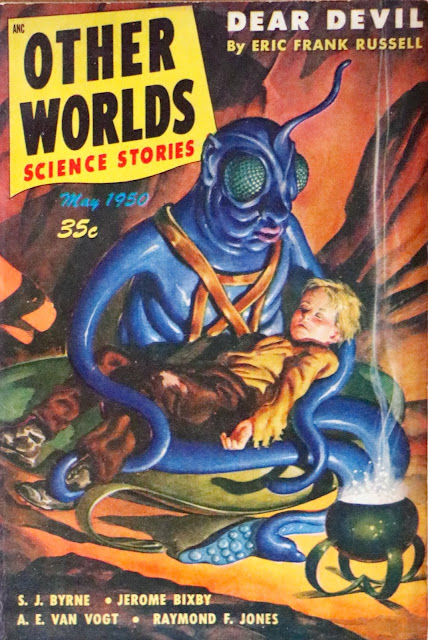 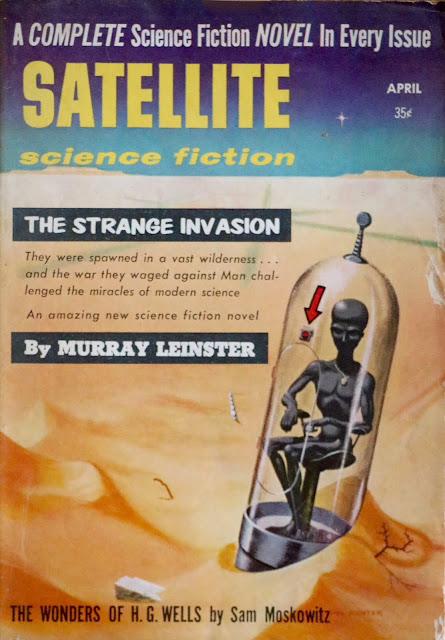 The Journey of Joenes, cover by Terry Oakes

The Alchemical Marriage of Alistair Crompton, cover by Fred Gambino