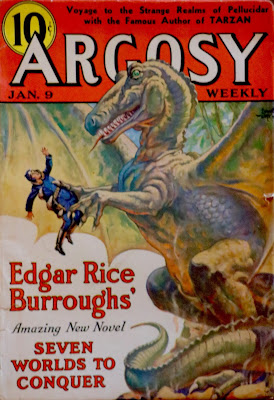 A few posts back, I spoke of the death of Peter Nicholls the editor of the 1979, The Encyclopedia of Science Fiction. As I was preparing for that post, I took out my tattered edition and leafed through looking at the pictures. Which meant looking for my favourite, a 1937 edition of Argosy with an enchanting Burroughs cover by Emmett Watson. I then decided to see if there was a decent/affordable copy on ABE. I found one and since one of the main drawbacks of ABE is the initial shipping costs, I looked to see if the vendor has other items I could add. I knew from previous purchases that this vendor, Leonard Shoup, tends to carry Weird Tales related material so I did a quick search on Lovecraft. And there they were. I could not resist adding The Lurking Fear and Other Stories and The Shuttered Room and Other Tales of Horror to the Argosy and now all I had to do was wait until the frantic barking of the dogs signaled the arrival of our letter carrier 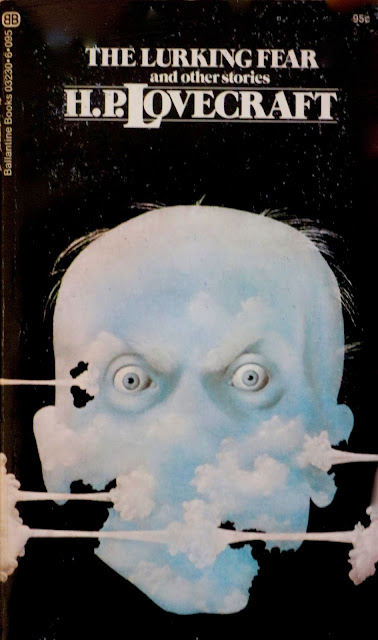 When I first began collecting, rather than simply buying books randomly, I focused initially on two areas. Lovecraft with the obvious (to me) addition of Arkham House and other Weird Tales authors, and Edgar Rice Burroughs. I chose Lovecraft because I was introduced to his work by a school chum at 15 and enjoyed it.

These two Lovecraft titles would be considered minor collections at best. The stories in the The Shuttered Room are pastiches or stories based on Lovecraft's notes by August Derleth. The Lurking Fear contains what I think I can safely describe as lesser tales, although I have a certain fondness for the wildly illogical The Lurking Fear, with it's warning against the dangers of inbreeding, cannibalism and a subterranean existence. I purchased them for the John Holmes covers, these were among the first editions (now lost) that I owned. 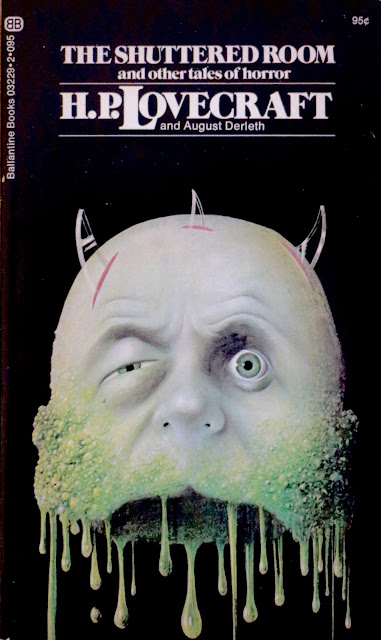 (Both author's works can be considered problematic in their treatment of women and minorities, I posted my thoughts on Lovecraft here
http://dunwichhorrors.blogspot.com/2016/03/the-real-shadow-over-innsmouth-odd.html )

I chose Burroughs because his books filled the used bookstores of my youth and I loved the covers. James Blaylock in his wonderful Burroughs themed novel The Digging Leviathan expressed this beautifully.

" Edward St. Ives was a collector of books, especially of fantasy and science fiction, the older and tawdrier the better. Plots and cover illustrations that smacked of authenticity didn't interest him. It was sea monsters; cigar-shaped, crenelated rockets; and unmistakable flying saucers that attracted him. There was something in the appearance of such things that appealed to the part of him that appreciated the old Hudson Wasp …,.  Once a month or so, after a particularly satisfactory trip to Acres of Books, he'd drag out the lot of his paperback Burroughs novels, lining up the Tarzan books here and the Martian books there and the Pellucidar books somewhere else. The Roy Krenkel covers were the most amazing, with their startling slashes and dabs of impressionist color and their distant spired cities half in ruin and shadow beneath a purple sky." (17) 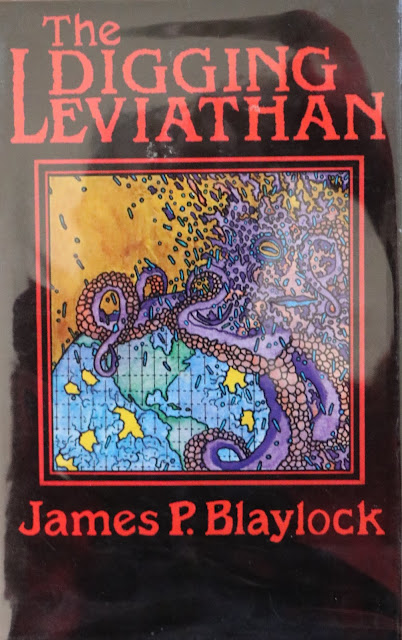 Cover by Timothy McNamara (as by Ferret) 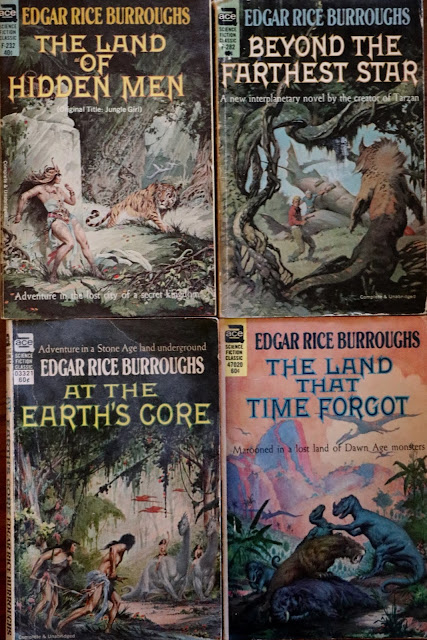 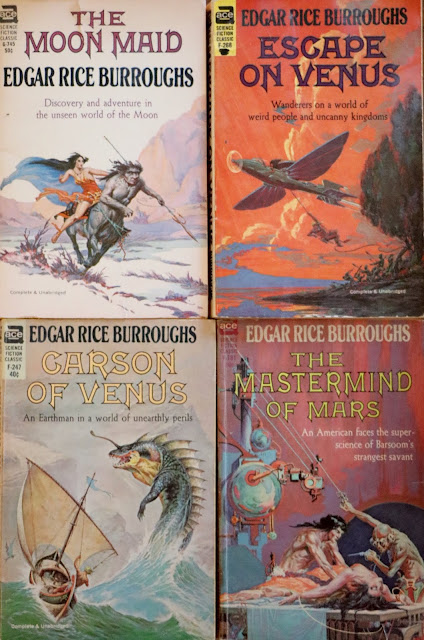 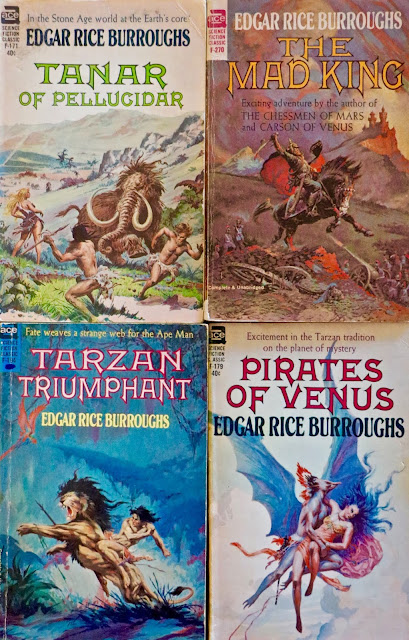 I have to admit this purchase was rooted very much in nostalgia or perhaps immaturity if you like. I have lately found the rise of irrationalism worldwide troubling and some days the world seems unrecognizable. As I get older my reading and collecting helps keep me mentally active, engaged and grounded. The process of aging has been beautifully described by Wendell Berry in his novel (a favourite of mine) Jayber Crow.

"Back there at the beginning, as I see it now, my life was all time and almost no memory. Though I knew early of death, it still seemed to be something that happened only to other people, and I stood in an unending river of time that would go on making the same changes and the same returns forever.
And now, nearing the end, I see that my life is almost entirely memory and very little time." (24)

I try very hard to avoid wallowing in memories of the past, and make sure that I read new and diverse works and authors, but I, like Edward St. Ives, cannot resist the occasional winged T-Rex.