Books; Gimme Shelter, Ursula the two Rays and me 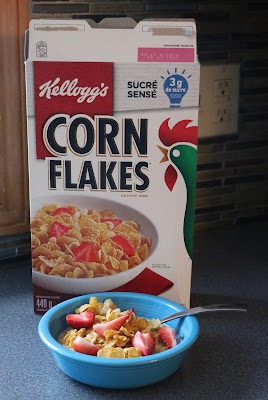 I am still a bit melancholy and missing Shaun of course. Experience has taught me this will last for some time. What I do when stressed or depressed, is turn to favourite authors like Louis L'Amour or Dorothy Sayers or special books. Often they are older books, The Wind in the Willows by Kenneth Grahame, Beston's The Outermost House, Annie Dillard's A Pilgrim at Tinker's Creek, My Belief a collection of essays by Herman Hesse. And as you might expect science fiction, authors like Simak, Norton, Clarke, Heinlein (the juveniles) and, of course, Ray Bradbury. Tuesday Helen was going to an appointment, as I knew I would be waiting some time. I decided to take a real book. I have two shelves with display space dedicated to Bradbury. I choose a copy of The Machines of Joy that I purchased a few months ago when I decided to spice up my holdings to reflect how important Bardbury's work had been in my mental landscape. I read four stories while I waited, I may have read Tyrannaous Rex previously but retained little the rest were new to me. In the order, I read them. 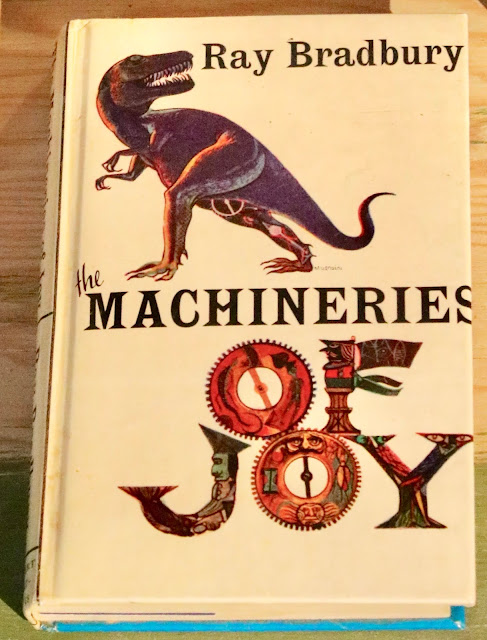 "The Machineries of Joy," set in Chicago, the story deals with some acrimony between priests living in the same rectory. Father Brian is particularly aggravated by Father Vittorini's interest in the rocket launches at Cape Canaveral. He is also unhappy that Father Vittorini has been up watching them half the night on the television set, of which he also disproves. A second Irish priest Father Kelly is less dogmatic but sides with Father Brian when Father Vittorini produces a newspaper clipping in which the Pope blesses the space program. Eventually Pastor Sheldon, he is also Irish, but born in California and thus apparently less dogmatic works to broker a peaceful solution. It seems Father Brian and Kelly feels that humanity's expansion into space may make ministering to their flock even more problematic.

"The Machineries of Joy" is a slight and rather silly story, and possibly the emphasis on the nationality of the priests might offend some readers. I enjoyed the story. The dynamics of the group reminded me of situations I have been in when living in the field with coworkers (archaeology). But in the abstract, this friction was amusing. Also, I felt Bradbury captured both the excitement and uncertainly caused by the space race. By current standards, the story was naive and nostalgic, but that is Ray. I have to admit that when the story begins, Father Vittorini is eating cornflakes, and when we stopped at the store on the way home, I bought some. Nostalgia can be a powerful force.

"The illustrated Woman" is pure Bradbury, set in the world of sideshows and doctor's offices with a large illustrated woman, her tiny husband and a somewhat overwhelmed psychiatrist. Dr. George C George is waiting to meet his next patient when in comes all four hundred pounds of Emma Fleet. Emma starts by telling the doctor her personal story. As a girl, she was always heavier than her friends. Her weight always made her feel unattractive and insecure. Then on a trip to the carnival, she encountered Willy Fleet. He had been travelling with Singer's Midgets for six seasons before taking a position running the Guess Your Weight machine. Willy, it seems, has a secret. He is actually a tattoo artist and in search of a perfect canvas. It's kismet, of course, Willy and Emma fall in love, and they spend many happy years while Willy creates his masterpiece. Lately, however, Emma has noticed some changes in Willy's behaviour, and he has been dusting off the Guess Your Weight machine. Can Dr. George help? The original short story version of, "The Illustrated Man", not the collection, was a very dark tale that first appeared in Esquire (July 1950). Remember, Bradbury started publishing in Weird Tale. This story "The illustrated Woman" was a much lighter tale that still embraced Bradbury's fascination with  carnivals, sideshow performers, strange confessions and the vagrancies of life, love and the human condition. 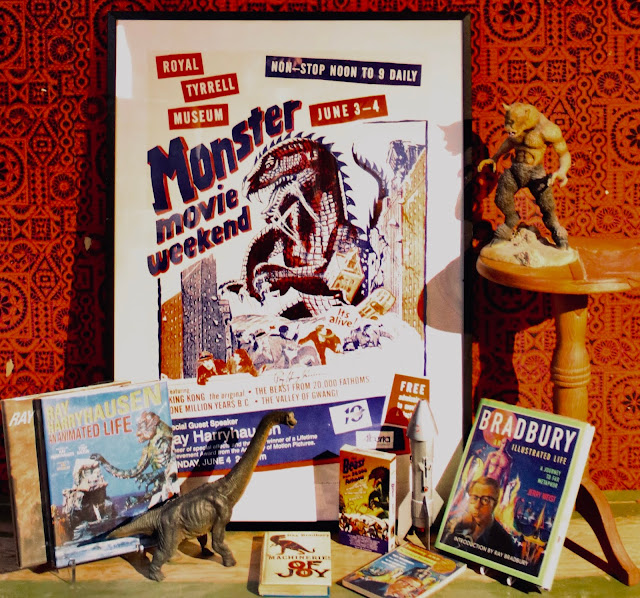 "Tyrannosaurus Rex", I am not going to say much about the plot of this story. The protaganist John Terwilliger is a stop-motion animation artist. He is building a T-Rex for Joe Clarence, a horrid Hollywood producer who rides him constantly. Nothing is good enough, cheap enough, scary enough, they also argue over the final ownership of the model. Their disputes are mediated by Mr. Glass, the long-suffering studio lawyer and my favourite character. Another good story.

I know I read it when I was younger, but I suspect that while I enjoyed it, I did not understand the significance the story probably held for Bradbury. Bradbury loved the movies, collecting autographs at every opportunity and, as an adult, he worked on the screenplay for Moby Dick. He was also lifelong friends with Ray Harryhausen, the great stop-motion artist of films like Jason and the Argonauts, The Beast from 20,000 Fathoms, and The Valley of Gwangi. When I had the opportunity to have Mr. Harryhausen sign some items at a film festival, I brought out Bradbury's A Graveyard for Lunatics, which features a character based on Harryhausen. 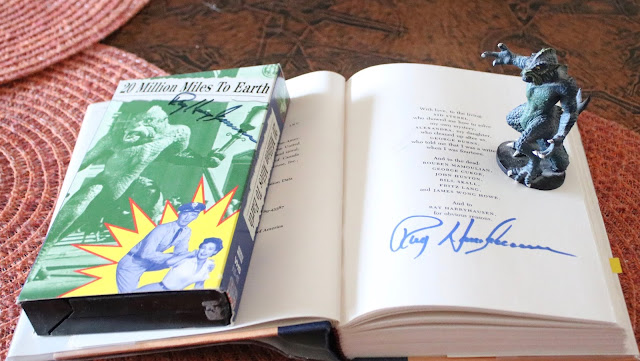 The last story I read that day was "To The Chicago Abyss," which first appeared in The Magazine of Fantasy and Science Fiction for May 1963, which was the Ray Bradbury tribute issue. It is a dystopia. The action takes place in a ruined city. An old man has been accosting strangers reminding them of items that used to be available before the current period of strict rationing. However they now live a police state with laws forbidding all public disturbances. Finally, he is assaulted and then hidden from the police by a stranger. There are obvious hints of Fahrenheit 45i in this work, with its police state and suggestions of bombed-out cities. But what struck me the most was how the protagonist resembled Bradbury. His crime is reminding people of vacuum-packed coffee, and Butterfingers chocolate bars just as in other works Bradbury repeats the advertising jingle Denham's Dentifrice or has a character expound on the virtues of Cream-Sponge Para Litefoot Shoes. Bradbury often comes across as a storyteller almost consumed by his wild enthusiasm for the setting and action of his own stories. Here protagonist shares Bradbury's uncontrollable, nostalgic love of simple pleasures and happier times. 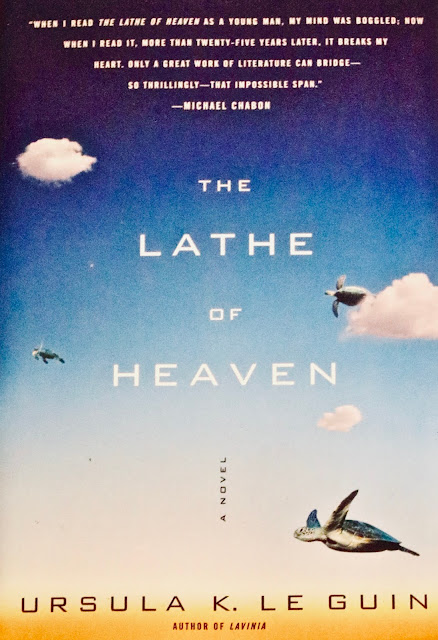 Wednesday, we went out for another appointment and visited Shelf Life books. I had hoped to find some of the MIT presses editions of Stanislaw Lem's work. They were not to be found.

However the helpful young man with the wonderful tattoo's, big insects and geometric diagrams, had placed Ursula K. Le Guin's The Lathe of Heaven one of my favourite SF novels among the staff picks by the register. My previous copy is falling apart and I have long wanted the cover with the flying turtles/Aldebaranians. So I have spent part of the evening flipping through it, eating tuna fish sandwiches (p103) and listening to the Beatle's "With a Little Help From My Friends" (p154) and getting by.