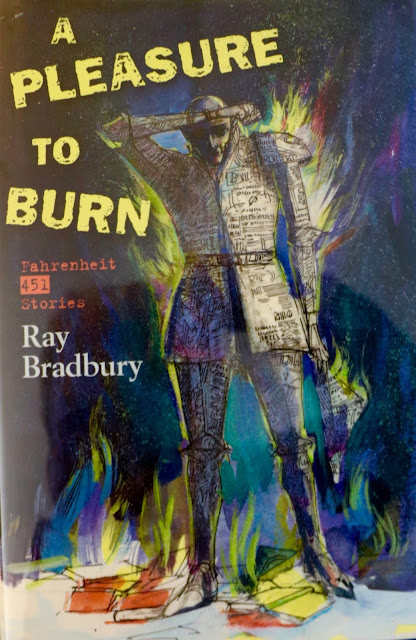 This article (link below) by Moorcock from Literary Hub puts Bradbury and his works wonderfully in context, not only looking at his influences, Edgar Rice Burroughs and Leigh Brackett, among others but also mentioning the works of his contemporaries like Frederik Pohl, C.M. Kornbluth and Philip K. Dick. I love this type of overview and it also acts as an excuse to look over my own shelves. This one was right in my wheel house.

"For all his nostalgia, Bradbury was perfectly positioned to experience what to most of us was still the future. In the 1940s and 50s Southern California boomed. People from all over the USA were attracted there by jobs in agriculture, engineering and the non-print media. Hollywood dream factories expanded to include television. Fantasy and reality found a perfect blend. Bradbury’s visual imagination, his lyrical style and experience of a changing world were ideally suited to suggest what the future might hold for us."

"Bradbury might be the ﬁrst author to oﬀer “market forces” as the base of a dystopia. In that sense he could be said to share ties with those East Coast writers who provided Galaxy with some of its best work. Marxist critics would have no difﬁculty in analyzing the book as a description of a certain kind of doctrinaire capitalism, where the middle class is reduced to nothing more than so many consumer units, where entertainment has become a never-ending reality show and literacy is not only marginalized but actively discouraged. On rereading this wonderfully spare moral tale others have also been struck by its parallels in present-day society."

The Book of Skaith cover by Don Maitz