So here we are, long suffering readers, the last shelf. I did not envision when I started, this would drag out so long, but it has. It should be no surprise by now that I arrange things thematically, at least in my own mind. So we have a mixture of Folio Society and The Langs' Fairy Books. I have already discussed the importance of myths in my reading. Fairy tales were also favourites. They were also the founding stories that coloured the plots of many of the books and movies I still see today. Shaun Tan's book The Singing Bones which presents some lovely ceramic sculptures he did to illustrate many well-known stories is one shelf up. In front, we have two Lewis chessmen models we got at the British Museum and a beautiful garden-themed paperweight. Other works include a collection of J.P. Martin's Uncle stories that Helen got from Kickstarter. I had never read them, but now I love the tales of Old Monkey, the One-Armed Badger and, of course, Uncle and their adventures exploring Homeward.

"Homeward is hard to describe, but try to think of about a hundred skyscrapers all joined together and surrounded by a moat with a drawbridge over it, and you'll get some idea. The towers are of many colours, and there are bathing pools and gardens amongst them, also switchback railways running from tower to tower, and water-chutes from top to bottom."

Sort of Gormenghast but with less angst and more treacle. Another favourite book and my go-to philosophy text is The Phantom Tollbooth, which I came to in my 60's. 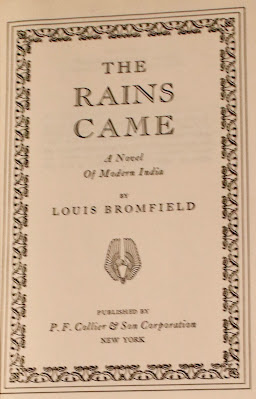 I mentioned earlier that a few matching sets of books were in the house when I was a child. This Collier set contained two books by Louis Broomfield. Night in Bombay, which was okay and The Rains Came. I have read this book many times. The Rains Came is the story of Ranchipur, and it's Maharajah's attempts to break the British's power, the hold of the priests and the caste system and raise his subjects' standard of living by embracing western modernity. Then there is an earthquake, a burst dam, monsoon rains and disease. But some of the survivors, Indians from various castes and religions and westerners band together to help the Maharani rebuild Ranchipur.

India was a fascinating place for a kid from Windsor in the 1960s. International travel and the world outside North America was a big mystery. Aside from my Aunt Daisy, who was an artist and thus suspect, there is a photo of her somewhere on a camel. We only travelled to the US, usually to see family. The only family members who had travelled abroad did so for service in World War Two. My family dressed up on Sunday to attend travelogues at the Cleary Auditorium to see films by people who had gone to, gasp, Europe. My high school education in the 1970s left me remarkably ignorant about the world. A lesson about the Middle East mentioned that their only resource was sand, a classmate suggested they make glass. Funny what you remember, this despite the very real oil embargo of 1973. That came as a bit of shock. Lessons about India focused on sacred cows, and nonviolence making no mention of the events of The Partition of India in 1947. I can only assume we were using a lesson plan treasured by educators and rarely updated since the 1920s. Broomfield's Wikipedia article indicates he had a utopian streak, and he began The Rains Came in Cooch Behar in Jan. 1933 and finished it in New York in 1937. Possibly this seemed like a viable future then. Helen and I watched an excellent program on women scientists and engineers and their role in the Indian Mars Probe, which provides some hope. But I was especially reminded of the Maharajah's dream last week when I read of the reprehensible treatment that is still directed at lower-caste Indian women.

Annie Dillard's Pilgrim at Tinker's Creek, a seminal book in my life, also encouraged me to seek out naturalists like Edwin Way Teale and the entomologist Jean-Henri Fabre and there are extensive collections of their works in the basement. I had to bring up one volume, however, Fabre's Book of Insects. Not only does it have beautiful plates, but I love the fact that in 1931 this copy was awarded as a prize to a young scholar at the Nova Scotia College of Art. 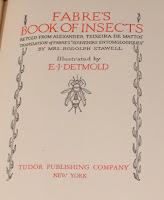 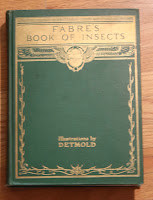 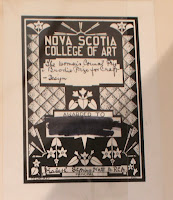 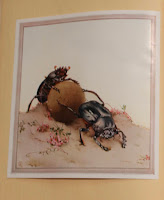 Lastly, let us begin where we started sort of. I am always interested in finding works that sit on the boundaries of genre fiction Lewis's The Human Age ( I have only glanced at the first volume), seems to sit at some intersection of religious allegory, fantasy and possibly science fiction. I was doubly pleased when I read the inscription by Cy Fox. Fox, a Canadian collector and scholar of Lewis' work described Lewis as the Dante of Notting Hill. That is the Dark Wood we started in, is it not? 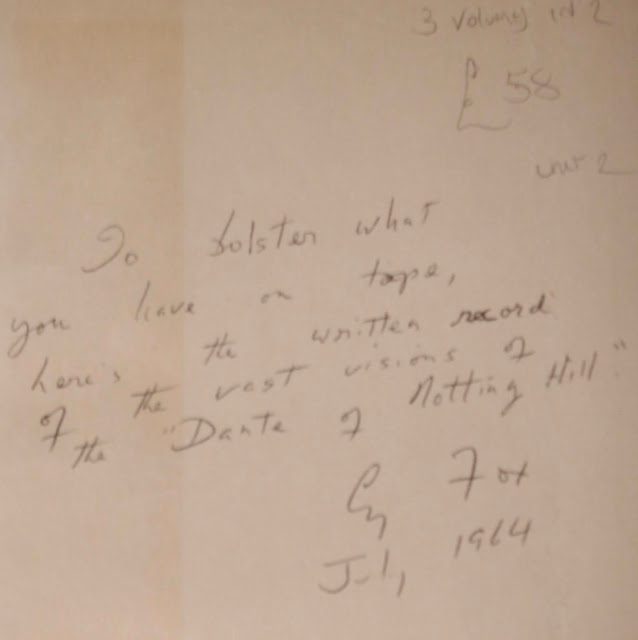 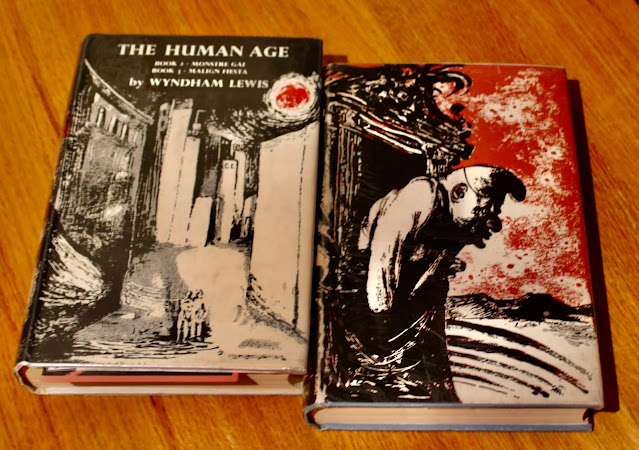