A lot has been said about the Sense of Wonder in SF. Recently some books appeared on ABE that have caused me to launch my own search. I intend to discuss, on an ongoing basis, titles that capture what "wonder" means to me. I have Damon Knight's book as well as other books of SF criticism, but at present I will use the four short quotes below, from the article "Sense of Wonder" in the online version of The Encyclopedia of Science Fiction to provide some parameters for my search.

"Sense of wonder" is an interesting critical phrase, for it defines sf not by its content but by its effect."

""The second interesting thing about "sense of wonder" is that, by consensus, it can be found par excellence in a number of books that are usually regarded as rather badly written."

"The "sense of wonder" comes not from brilliant writing nor even from brilliant conceptualizing; it comes from a sudden opening of a closed door in the reader's mind."

"it is created by the writer putting the readers in a position from which they can glimpse for themselves, with no further auctorial aid, a scheme of things where mankind is seen in a new perspective."

The first story I have identified is "Twilight" by Don. A Stuart (John W Campbell) an old favourite, the second, a novel I may or may not have read many years ago but remembered nothing of, I (re)read last week Rendezvous with Rama by Arthur C. Clarke. 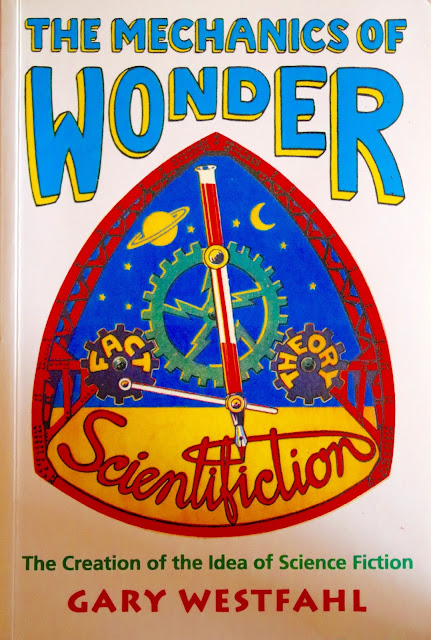 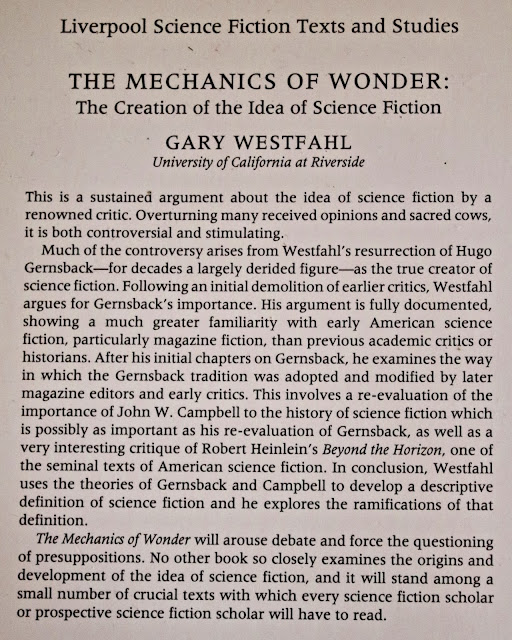 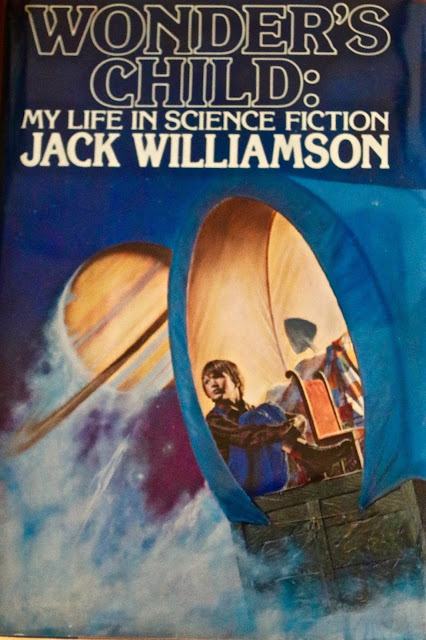 The same vendor that was selling Wonder's Child
also had this beautiful set of the Starchild Trilogy,
1973 (2nd ed.) with lovely covers by Jacques Wyrs. 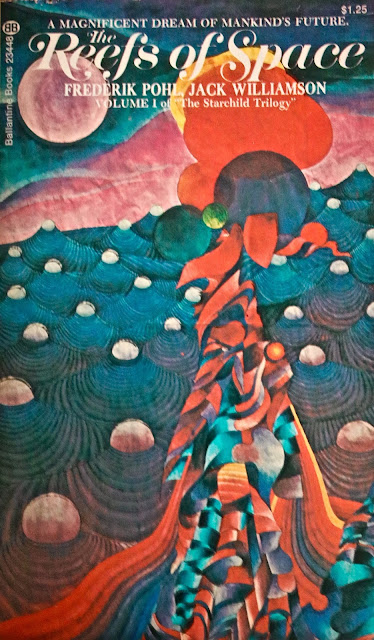 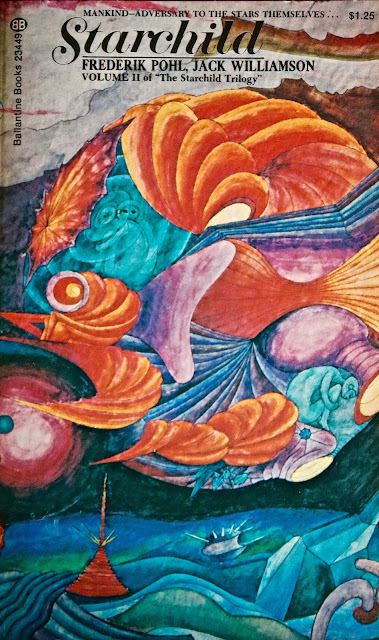 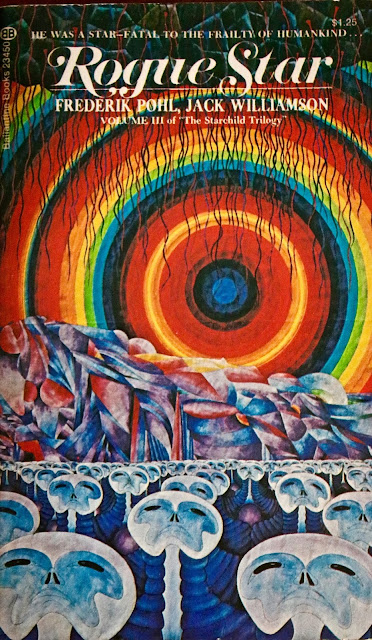