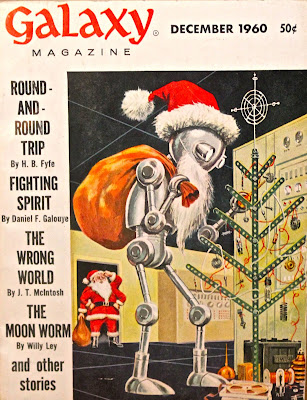 “Happy Christmas to all, and to all a good night!”

From A Visit from St. Nicholas
by  Clement Clarke Moore
Posted by Guy at 12:00 PM No comments:

The Power of Powers

One of the events that propelled me from a SF reader to a SF collector was receiving some books on SF movies and illustration from a friend. That gift and my subsequent collecting led me to a complie, at least in my head, a list of favourite illustrators. Frank R. Paul for the many wonderful covers, he did for Hugo Gernsback's Amazing Stories among others, with their vivid scenes of futuristic cities, science experiments gone wrong, men battling giants insects, aliens, dinosaur, machines run amok or any other threat he could envision against striking red, blue and yellow backgrounds. Virgil Finlay for his luxuriant interior b&w illustrations for pulps like Weird Tales, and his bubble-beckoning beauties on the covers of magazines like Famous Fantastic Mysteries. The longer I collect the more I love Paul Lehr's gorgeous illustrations, with enigmatically rendered figures amid the cones and curves of his dreamlike landscapes and cities. And of course there is Richard Powers with his robots, rockets and inexplicable machines nestled among backgrounds snatched from the dreams and nightmares of any number of surrealists. I first met him not on the wonderful Ballantine paperbacks I adore now but the hardcover series of Andre Norton novels from Harcourt, Brace & World books that formed a cornerstone of the libraries of my youth and coloured so much of my childhood interest in SF. So when I saw that..,

I went to my shelves and pulled some of my favourite covers. I also added a link to Matt Lattorre's wonderful Richard Powers Gallery in my Handy Resources. Enjoy. 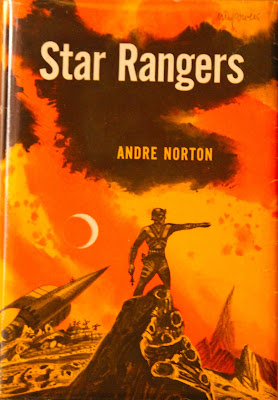 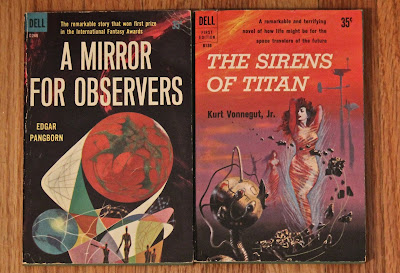 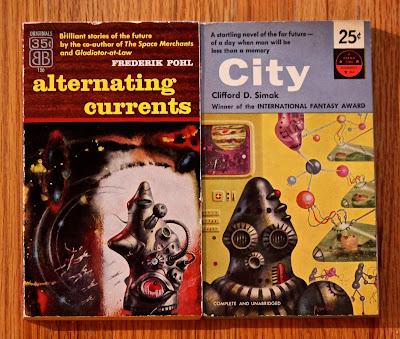 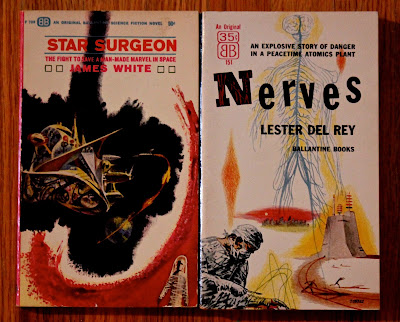 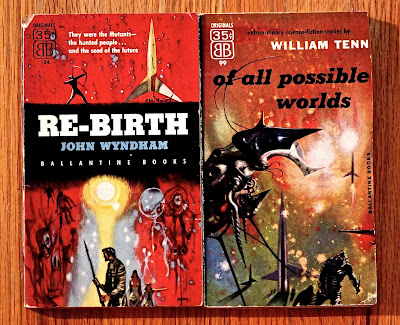 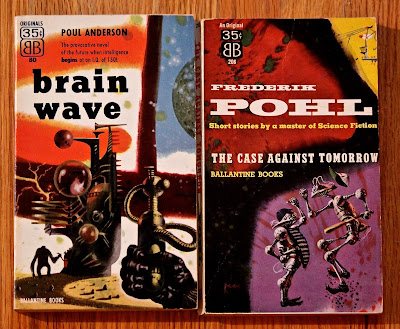