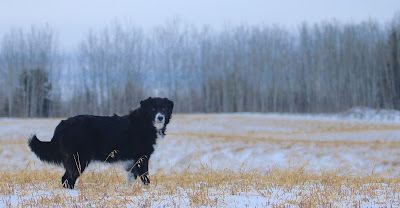 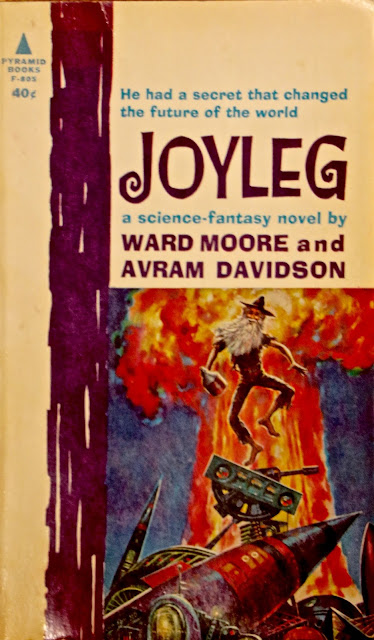 A rather unappealing cover by Ed Emshwiller for the 1962 edition, that did not encourage me to read this novel. (cover image from ISFDB)


One day while visiting my SF buddy Doug he suggested I try JoyLeg by Ward Moore and Avram Davidson. Doug and I both share an admiration for many of the same "golden age" writers. But we also diverge in many areas, I am not a huge fan of alternative history while Doug enjoys books like Turtledove's Guns of the South. He has recently been reading David Weber's Safehold Series which I will never agree to read. He did convince me to reread the Foundation Trilogy for the first time in over 40 years and I enjoyed it. Since Joyleg was one short book compared to Weber's nine volume and growing opus I though I could at least start it. Did I mention that I also dislike satire?


I was pleasantly surprised. Joyleg begins in Washington when two members of a congressional committee discover that a veteran living in Rabbit Notch Tennessee, one Isachar Joyleg is receiving a pension of some 11 dollars a month, and has been for a considerable period of time. So long that the committee is not clear on exactly which war Joyleg is a veteran of. Republican Congresswoman Lucinda Habersham is convinced the duration of the pension indicates fraud, Democratic Congressman Tully Weathernox that the amount indicates a miscarriage of justice. Both represent Tennessee and are determined to get to the bottom of the mystery that is Isachar Joyleg. Accompanied by Habersham's aide Martha Forsh, they set out for Rabbit Notch. The journey itself is a trip through time as they venture into increasingly uncharted areas of rural Tennessee. They travel by a somewhat antique train to Bountsburg then from there to Sevier via a hired vehicle that appears to be a variation of a Stanley Steamer. Once in Sevier they learn several things, that no one travels to Rabbit Notch, that the inhabitants of Servier have not seen Joyleg for generations, and that the inhabitants of Rabbit Notch are considered odd even by the somewhat idiosyncratic inhabitants of Bountsburg and Sevier. They also learn that any further progress will involve waiting for one Caesar Augustus Praiseworthy, an inhabitant of Rabbit Notch (and one of the few to venture out of the Notch) to arrive in Servier with his team of donkeys.

The novel itself only uses one science fictional or fantastic component to propel the story. Rather the authors use the novel to take a light hearted look at politics on many levels from the party politics of the United States to the wider brinkmanship of the Cold War world. They also use the character of Joyleg to present an alternative version of American history stripped of romanticism surrounding key events and the lionization of political figures. That said the satire is relatively low key rather than heavy-handed. I must admit I felt the characters of the two congresspersons could have been better developed in light of the resolution but I really liked the way the authors treated the gossip columnist Jill Brittin who morphed from a cardboard stereotype in the first chapters to a savy political insider by the end of the novel. I also enjoyed the all too brief examination of the economy of Rabbit Notch.

I am always curious when I read collaborations as to which authors wrote which parts. While I have no evidence I like to think that, based on their body of work in general,
Ward Moore, who penned the important alternative history novel of the Civil War Bring The Jubilee  brought the historical component and that Avram Davidson who wrote the lovely Hugo winning Fortean rumination Or All the Seas with Oysters might have supplied the satire, but who knows.

Overall Joyleg was an enjoyable read, while it was by no means a straight forward science fiction plot, it was a lovely if unexpected time travel story just not in the traditional sense.

For another review I recommend Robert Wilfred Franson's which can be found here.
http://www.troynovant.com/Franson/Davidson-A/Joyleg.html