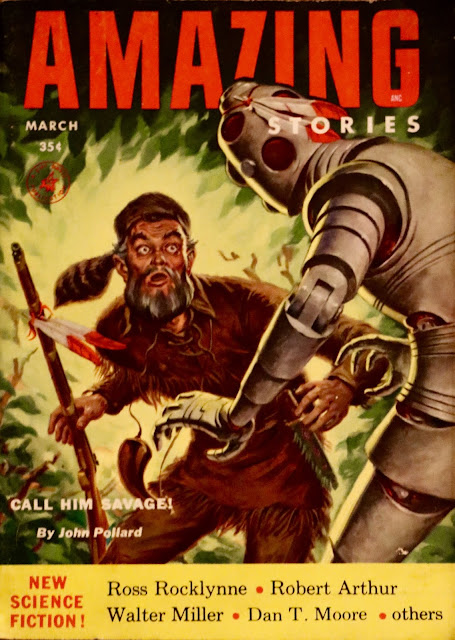 Yesterday I visited my favourite used bookstore, the Fair's Fair Books in Inglewood. They have recently reorganized their magazine section, which in turn has caused my collection to swell. I cannot resist some of the iconic covers I have seen reproduced so many time in histories of the genre. This cover by Clarence Doore for "Call Him Savage" by Howard Browne (1954) certainly fits the bill.

My wife found the two Astounding below, bundled together as they contained part 1 and part 2 of "Question and Answer" by Poul Anderson. They must have come out of someone's collection this way because as the owner said they don't bundle magazine together. It did not matter to me, I took them both and he gave me a good deal.

Are these grim, square jawed men by the Kelly Freas, the "competent men" of Campbell's Golden Age ? 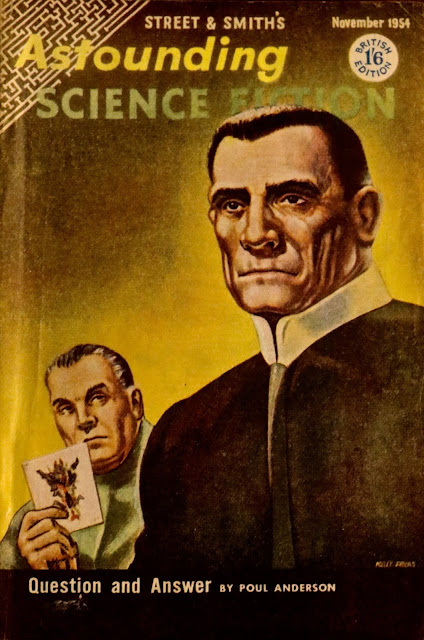 This cover by Alejandro featuring a naked male is quite different from the normal pulp cover depictions of scantily clad women from the Brundage nudes of Weird Tales to Virgil Finlay's bubble clothed beauties for Famous Fantastic Mysteries and Earle Bergey's  brass brassieres for Startling Stories. Alec Nevala-Lee the author of Astounding: John W. Campbell, Isaac Asimov, Robert A. Heinlein, L. Ron Hubbard, and the Golden Age of Science Fiction
has published a fascinating blog post on Alejandro Canedo and his covers for Astounding  which can be found at the link below. 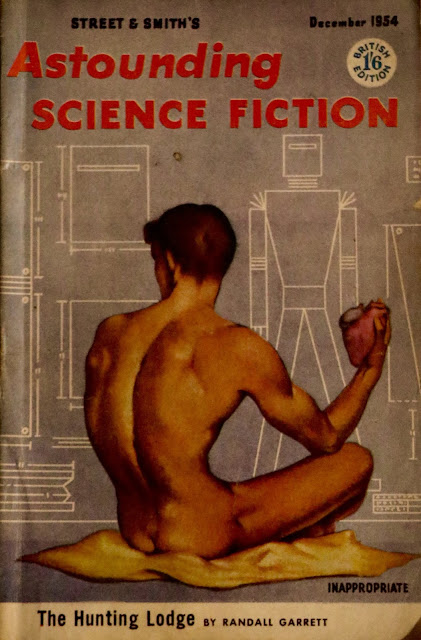 I also picked up a couple of books, The Aldiss collection, because I have enjoyed a number of his short stories and the Long, well who could resist. 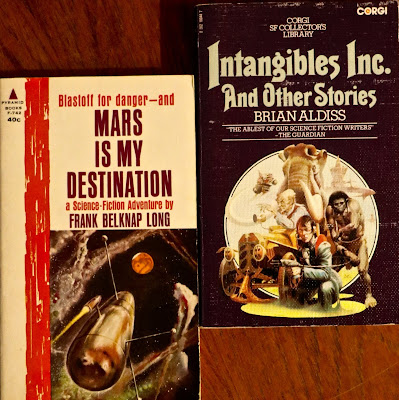 I also wanted to discuss a couple of stories I read recently by John Kessel. Some time ago I read and quite enjoyed his (2009) short story "Events Preceding the Helvetican Renaissance". Since I was considering buying his Arkham House collection, Meeting in Infinity I decided to look through my anthologies first. The Science Fiction Encyclopedia, describes Kessel as a "US academic and author who began publishing sf with "The Silver Man" for Galileoin May 1978, and whose short fiction rapidly established him as an author of cunningly pastiche-heavy, erudite stories."

I am not sure I would use the term pastiche heavy which so often conjures up slavish imitations. Rather I would suggest he is experimenting with science fiction tropes and themes. He is also not, in my mind, satirizing the genre but rather engaging the reader in his (Kessel's) exploration of the field.

The two stories I read where, "Invaders" (1990) a novelette which alternates between Francisco Pizarro's capture and execution of the Inca ruler Atahualpa and the commercial conquest of Earth by aliens. The author of the story (Keseel himself ? ) also appears several times within the story. The second story was "The Pure Product" (1986) a very different look at time travellers, which I will not describe further for fear of spoilers. Both stories were quite different than "Events Preceding the Helvetican Renaissance" which I would describe as an engaging but fairly standard science fiction adventure. I did however find them both interesting to read. They were perhaps a bit grittier than the science fiction I normally enjoy, but I was really interesting to see what Kessel was going to do with the conventions of the science fiction themes he had chosen. I found his approach original enough, at least for me, that I will continue to search out his stories. 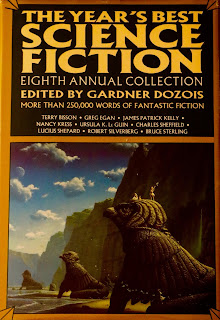 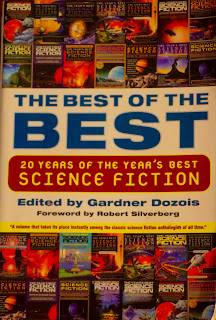 Mars is My Destination cover by John Schoenherr

The Best if the Best, cover not attributed