Tuesday we took Shaun, our Shih Tzu cross, to Prince Albert
for a haircut. Every trip to PA includes a stop at Value Village
for T-shirts, hoodies etc. to wear around the cabin.
While at the cabin my SF collecting mostly stops
so I was delighted to see some great SF books for 1 to 2
dollars. Some I already have but most of these have different
covers and some can stay  at the cabin.
I see SF cover art as time capsules to the societal and
artistic trends and/or concerns of the period and if
the price is right I will buy a second copy. 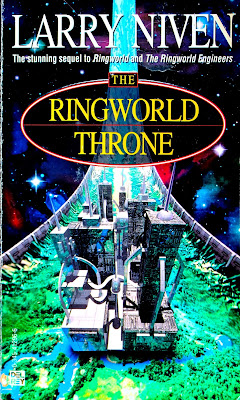 I decided to read or reread some of the SF authors of
my teenage years I am starting with Frank Herbert but
I will follow with Niven who produced
some of the great SF of his generation. 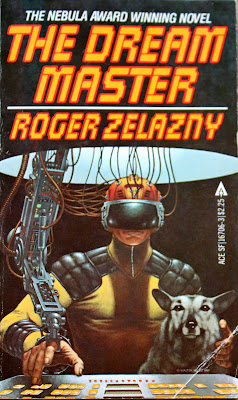 Very different, more modern and futuristic than the other
covers I have seen for The Dream Master. 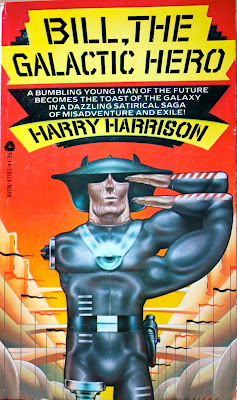 cover by McMacken (1965) Avon 1979
I thought my favourite would always be the
Powers cover for "Bill" but we now have a tie.

Next A couple of okay Paul Lehr. 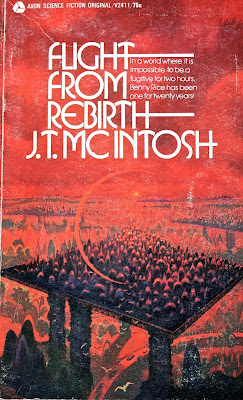 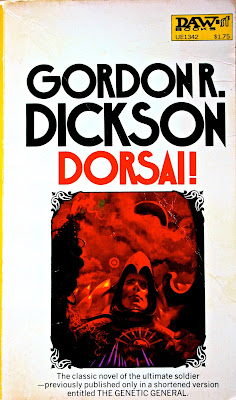 Then couple of okay Richard Powers. 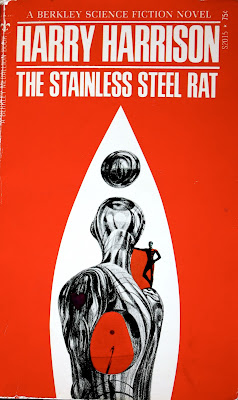 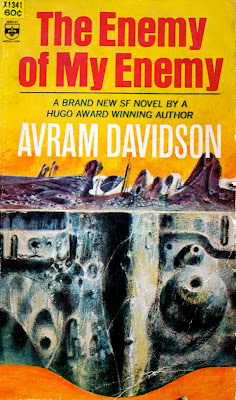 Not sure, The Alien Way, Lou Feck. 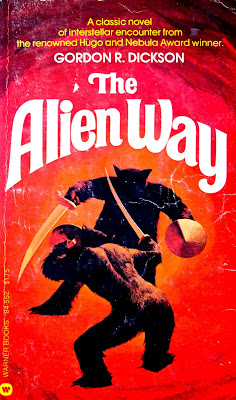 The gem, I had never even seen photos of this cover for
The Caves of Steel  by Ralph Brillhart. I think Pebble in the Sky
is my favourite Asimov but "Caves" is certainly the runner up.
This copy will not be staying at the cabin. 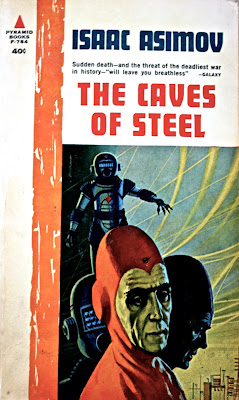 Monday we went south to photograph the shorebirds
on the sloughs before they migrate. We stopped in Hafford,
for lunch, a small town pop. 360 where one old store now
hosts a community garage sale. We got a great and cheap oil
painting of grain elevators, hey this is the prairie folks, an Old
Virginia Smoking Tobacco can, an ex libris copy of
The Phantom Tollbooth and an Ace Double for 50 cents with
two wonderfully frantic covers by Emesh. Book publication 1962
but the short stories were first published in 1954. Ace F-165.
Also saw some great birds and had a nice lunch. 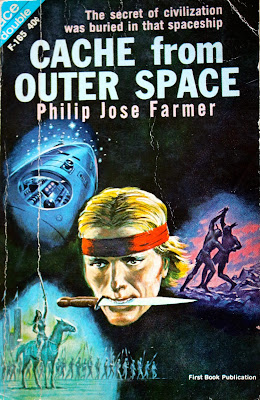 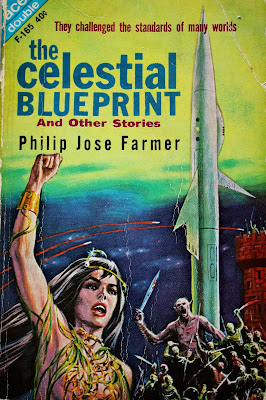